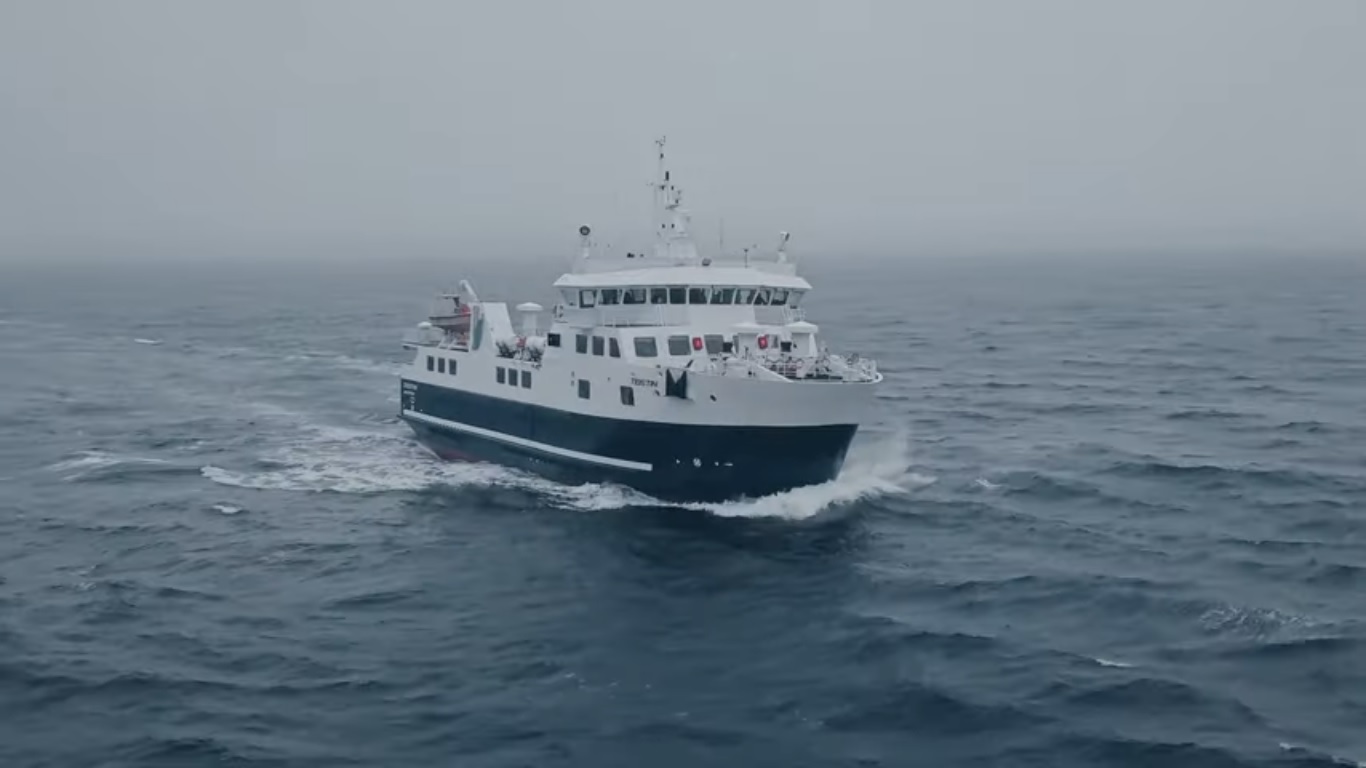 Teistin, the ferry that connects the islands of Streymoy and Sandoy, is the first ship in the world to be fitted with retractable bow foils from the Norwegian startup Wavefoil. The foils have now been operating successfully for around three weeks.

The foils convert wave energy directly into propulsive thrust and reduce the ship motions, thereby saving fuel and improving the comfort on board, writes maritime-executive.com.

Since September 25 2019, the 45-meter (148-foot) Teistin has been partly powered by the waves of the North Atlantic Ocean, transporting thousands of passengers between Gamlarætt, Skopun and Hestur in the Faroe Islands.

It is estimated that the foils may reduce the fuel consumption of Teistin by 10 percent.

So far, the ship’s crew have been pleased with the new foils. “I feel that Teistin moves less in the waves than before,” says Captain Jónleif Láberg, according to maritime-executive.com.