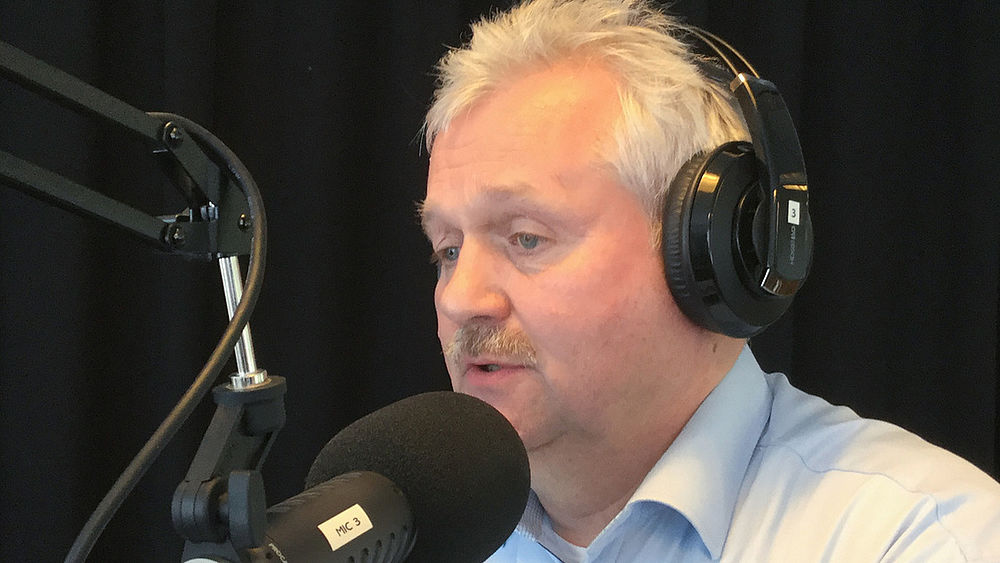 Taking the time and effort to address concerns over elements of the new Faroese fisheries legislation could prove worthwhile even after its passing—JFK’s Hanus Hansen still pushes to have the idea of auctioning off fishing rights abandoned.

The new fisheries legislation voted through the Faroese parliament by the end of 2017 introduces a range of concepts that have largely been met with skepticism among representatives of the fishing industry. As it turns out, however, the associated hearing process has in effect been extended, with several welcome adjustments made to the Act on the Management of Marine Resources.

Among the elements adjusted after extended consultations with stakeholders: anti-trust regulations, catch fees, and centralized auctioning off of catch quotas.

Another sticking point in the legislation that nonetheless remains intact to date is the planned phasing out of all foreign ownership in Faroese fishing rights.

This means owners of fishing vessels will have to see any of their foreign shareholders bought out within the next six years; in line with the rules of the previous legislation, such shareholders were allowed to own up to a one-third stake.

Klaksvík-based JFK, owner and operator of some 15 fishing vessels plus the Kósin onshore processing plant, has had its issues with key elements of the fisheries reform, much like any other main player in the industry. According to CEO and majority owner Hanus Hansen, working with government authorities by taking part in the hearing process has been at times frustrating, however at times rewarding.

“I think generally the whole reform package is very ambitious in its scope, and because of that the hearing process was going to have to take more time than perhaps most people would expect,” Mr. Hansen said. “That in itself is something that has taken time for policymakers to realize.”

“We should of course give credit where credit’s due,” he added. “In reality quite a lot has been achieved as the legislation has been shaped over these months, regardless of the debates that took place prior to its introduction. The original draft had some obvious flaws and quite a few of them have been ironed out one by one, until they had a text that was passed in parliament in December 2017. Yet some pieces of regulation referred to in the text still hadn’t been drafted, and so they kept the door open for further feedback and amendments. In fact several measures have been modified and adjusted since then, which of course people in the fishing industry have welcomed.”

Thus the idea of selling all fishing rights by government auction has been scaled back substantially, at first from 100 to 50 percent, then down to 25pc. and later further down to 15pc. as a general rule, except for special circumstances which allow for higher percentages. Anti-trust rules have likewise been amended from a strict 10pc. maximum overall interest for any single player, to a more realistic 20pc., alongside a 35pc. cap on interest for any one specific fishery.

“I’m sure they’re eager to do a great job, however some people tend to lose sight of the necessary pragmatism in the process,” Mr. Hansen said. “Of course this is a huge learning process for everyone. Some point to subjects of economic theory; yet understanding when and how such subjects apply to a real-life situation is another matter, in particular when dealing with the size of a national economy like that of the Faroe Islands. So we need to keep in mind that many aspects of economic reality here are very different from whatever textbook theories will have taken into account, and there’s really no point in playing the technocrat game and pretending everything is going to fit perfectly with whatever theories you subscribe to—that’s a pointless exercise, and I think most people in the Faroe Islands are aware of that. Instead we need to spend time and effort on talking things through properly and, to the extent possible, arrive at some consensus. Because, after all, the Government’s fisheries policy should last beyond the next election cycle.”

JFK operates in several segments of the fishing industry and is considered a leading actor. The company’s history goes back more than a century and today’s business model is centered on whitefish frozen at sea, whitefish processed at Kósin, and pelagic fish landed in bulk to freezing plants.

Frozen fillets and portions of cod caught in the Barents Sea for export to fish and chips suppliers in the UK is a long standing tradition of JFK, and the name of freezer trawler Gadus ranks among the top brands in that market.

Words: Búi Tyril
This article was originally published on Faroebusinessreport.com