Inaugural international bridge tournament in the Faroe Islands sells out 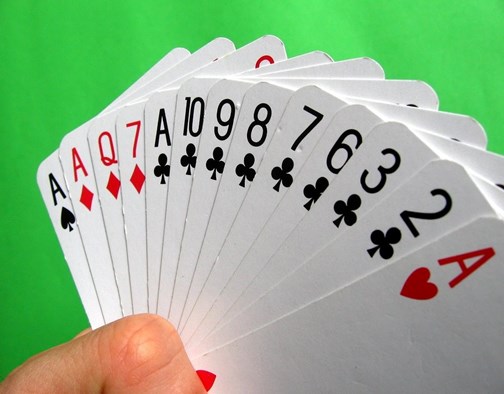 Demand for places at the Faroe Islands’ first international bridge tournament has been greater than anticipated, with all 50 pair places selling out two months in advance. Faroese bridge players will be joined by Icelandic, Danish and Norwegian players for a weekend-long competition that looks to cast a spotlight on the sport in the Faroe Islands.

“Iceland organises an international bridge competition every year. We were inspired by them and thought we could just as well organise our own event,” says Jákup Sørensen, organiser of Tórshavn Bridge Festival, which will be held on 8-9 March 2019.

Bridge, a trick-taking card game using a standard 52-card deck, is played by a few hundred players in the Faroe Islands. This year’s target was to attract as many as possible, with the hope of having around 40 pairs in 2020 and up to 100 pairs in a few years. If this year’s trend continues, targets for numbers of participants will need to be re-evaluated.

“The idea was to begin cautiously, but all 50 pair places have been filled already this year, which was very unexpected,” says Jákup. “We now dream of organising a big international bridge competition in the Faroe Islands in a few years, and who knows, maybe we can attract some of the biggest bridge players in the world.”

The tournament venue is the cultural hotspot Østrøm, home to some of the most creative companies in the Faroe Islands, including a lithographic workshop, a recording studio, an advertisement agency, a photographer and a shop that sells Faroese handicraft and design.

Tórshavn Bridge Festival will be held for a second time on 6-7 March 2020. The organisers say there has already been great interest in next year’s festival. Visit the event’s Facebook page for more information and to book.