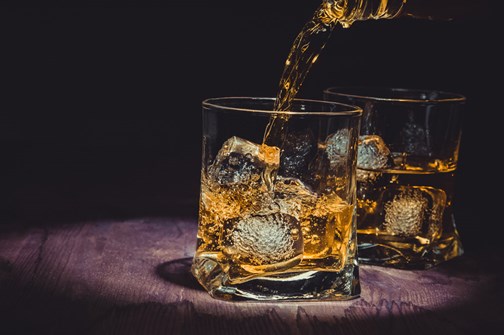 Jack Daniel’s, Johnnie Walker and Jameson might have their work cut out for them once Faroese whisky hits the shelves. “The ambition is to produce world class whisky,” says Bogi Mouritsen, co-founder and CEO of Faer Isles Whisky, a new whisky distillery in the Faroe Islands.

Faroese weather – which can be harsh and unpredictable – is often viewed an impractical, but the windy conditions are ideal for producing whisky, according to Bogi.

He says: “We have the best conditions to produce superior whisky. Given the high latitude and our close proximity to the wild North Atlantic Ocean, there is plenty of salty wind to mature the whisky. Our decision to invest in a top end production plant from Forsyth’s and our alliance with Scottish experts should stand us in good stead.”

Bogi and his small team of Faroese whisky enthusiasts have had an interest in whisky for decades. In 2008, they founded a Faroese whisky society, called EinMalt, and have played with the idea of building their own distillery since. Their ambition is to produce 800-1000 barrels of whisky, which equates to approximately 500,000 bottles. Around 90 to 95 percent of those bottles will be exported. If all goes according to plan, Bogi and his team will be able to taste their first drop of whisky in  .

The wait to taste Faroese whisky for the first time will be shorter, however. The Faroe Islands’ largest brewery, Føroya Bjór, is currently producing the islands’ first whisky, which will be ready in 2020.

To chip in and become an investor at Faer Isles Whisky or to find more information, visit their website.

This article was originally published on Faroeislands.fo
Words: Levi Hanssen