At the turn of another year, we must give thanks to the continued incredible support of the Faroe Islands national team. At fortress Tórsvøllur in 2021, we saw an impressive 17,244 match attendees over five FIFA World Cup qualifying fixtures.

Broken down, that is 2,666 vs Israel, 4,620 vs Denmark, 2,714 vs Moldova, 3,021 vs Austria and 4,223 vs Scotland. Meaning an average home attendance of 3,449 per match in 2021. That accounts for a whopping 6.45 percent of the entire archipelago population (currently 53,513, according to Statistics Faroe Islands). To accommodate that percentage of support at Wembley for the English population (currently at 56.2 million, according to the Office for National Statistics), it would have to hold a mighty 3.6 million capacity (a stadium bigger than the entire population of former World cup winners Uruguay); imagine the size of that stadium!

And it wasn’t just at home that the Faroe Islands showed their fantastic numbers. Amid a packed roaring Parken stadium back in November, with 35,531 spectators, were 2,000 hardy Faroese supporters. It was possibly the highest away attendance by Faroese supporters in history (if anyone has verification on this, please feel free to comment). These Faroese supporters sang proudly and loudly throughout the match — going toe to toe with the Danish vocal fans.

In fact, the number of Faroese supporters in attendance accounted for a mighty 3.73 percent of the current Faroe Islands population. We can use other countries’ population size data to draw an excellent comparison to showcase how impressive this feat is. Looking at the current English population, 3.73 percent of this country will equate to a staggering 2.1 million people attending the game. Can you imagine trying to fit over 2 million fans in the away end at the Parken Stadium!

The Parken stadium has a capacity for 38,065 spectators, which alone is a substantial chunk of the Faroe Islands’ overall population (71.13 percent, to be precise). To accommodate 71.13 percent of England’s population, the Parken ground would have to hold a mighty 40 million. These stats really visualise the underdog story of the Faroe Islands and the intense, fanatic football nature of the island group. Scoring a goal against Denmark and taking them to the wire both home and away shows what an achievement this is, and was a real highlight of 2021 for the ‘landsliðið’. Furthermore, Denmark has 108 times the population of the hardy Faroe Islands or, in other terms, the Faroese people account for just 0.91 percent of the entire Danish population.

We have always been dubbed the diminutive underdogs of world football, and to see such hearty and boisterous Faroese supporters together, like we consistently do at home and abroad, is a sight to behold. A true exhibition of Faroese unity and patriotism. And we can’t wait for such spectacles of support and harmony to continue home and away in 2022!

One of the highlights of 2021 for the Faroese national football team and their fans, was the away fixture against Denmark on November 12th, irrespective of the fact that the Danes won that game by 3-1. Below are two videos plus a photo from that game. 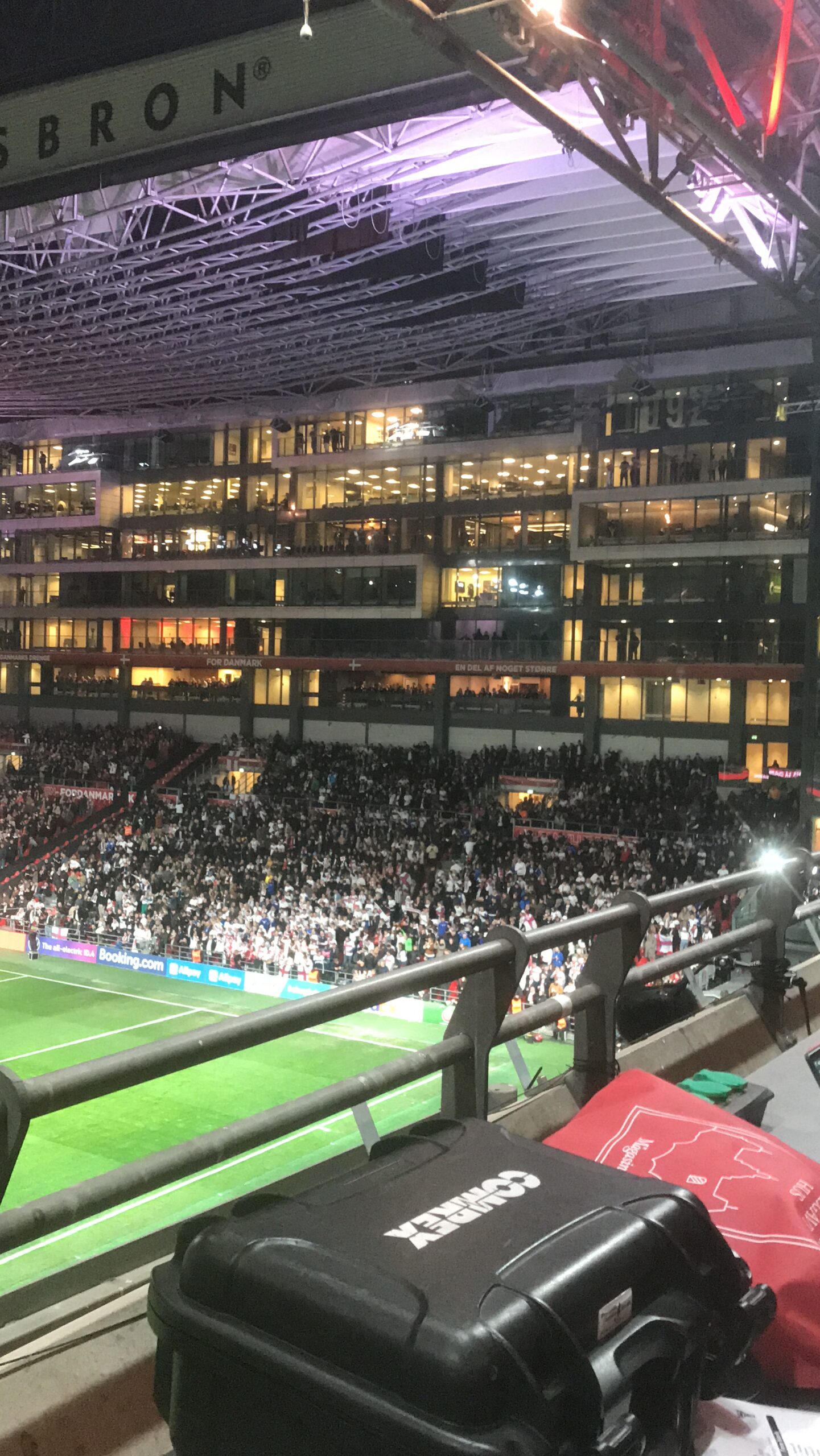