Queen Margrethe II tomb unveiled (albeit she is still alive) 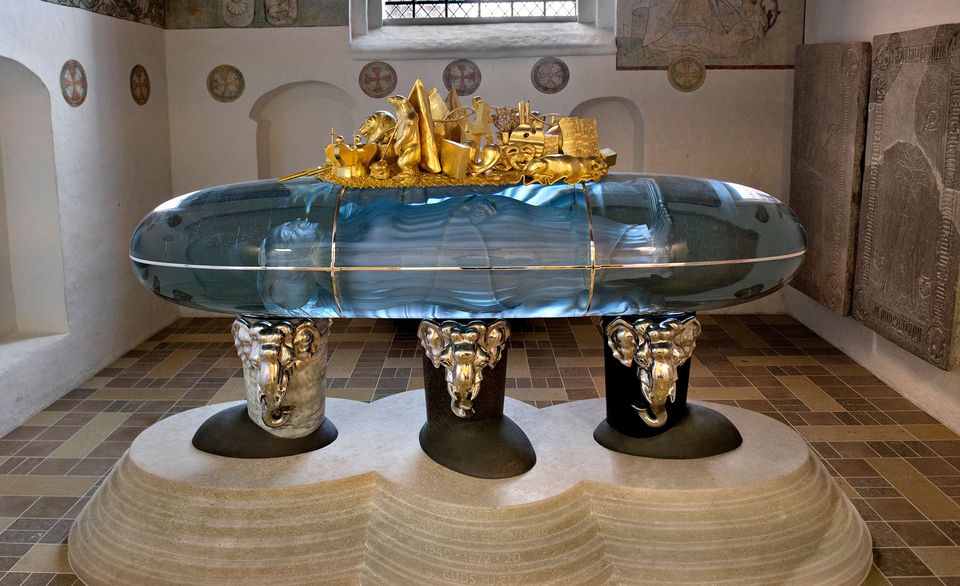 Danish artist Bjørn Nørgaard has unveiled his sarcophagus for Queen Margrethe II of Denmark who has been on the throne since 1972, reports The Art Newspaper.

The three pillars supporting the sarcophagus are made from Danish granite, Faroese basalt and Greenlandic marble. The sarcophagus itself is made of glass, engraved with pictures of the Queen and her late husband. ”The Queen has symbolic and constitutional power in a democratic society. It is also therefore that I choose glass…Power has become transparent, or one could say, should be”, Nørgaard told the Danish newspaper Politiken.

The general public will not see the original sarcophagus until the Queen is dead. She will be buried in a chapel in Roskilde church alongside the former monarchs of Denmark. From June, an exhibition in Roskilde will present a model of the sarcophagus. The Queen’s husband, Prince Henrik, died in February 2018 and had decided not to be buried alongside Margrethe, writes The Art Newspaper.