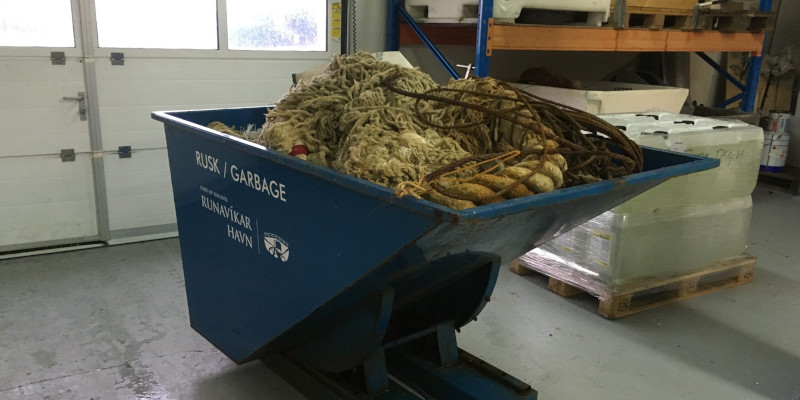 As part of KIMO’s (international environmental organization for local municipalities) Fishing for Litter initiative, trawlers Heykur and Falkur collected a total of 144,5 kilos worth of litter over the past few weeks.

– KIMO provides fishing boats with large bags to collect marine litter. When the fishing boats come into port, they can unload the bags of litter. These bags are collected regularly and the rubbish is recycled or disposed of on land. This reduces the volume of debris washing up on our beaches and the amount of time fishermen spend untangling their nets.

Heykur and Falkur collected three large bags worth of litter, which mainly consisted of items used by the fishing industry, according to the website of Runavík Municipality.

The Fishing for Litter initiative allows us to see what kind of litter can be found in the oceans around the Faroe Islands.