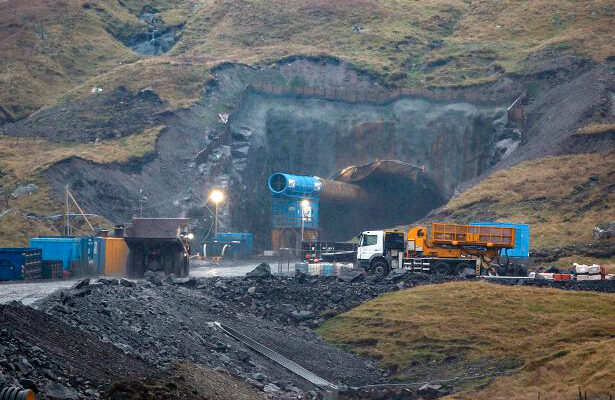 Some six weeks after the grand opening of the undersea Eysturoy Tunnel, work on the engineering marvel’s sister, the Sandoy Tunnel, is reportedly progressing according to plan.

This 10.8-kilometer subsea road tunnel will provide a fixed link between the ‘mainland’ area of the Faroe Islands and the island Sandoy. Just under 7km of rock — about 65 percent of the entire length — has been cleared out to date, according to a recent progress report from publicly owned Eystur- og Sandoyartunlar, the company that will operate the tunnel.

Last week saw workers and machinery, deployed for the tunnel construction under the leadership of main contractor NCC and its subcontractors, move 124 meters of rock — 81m from the Sandoy side and 43m from the Streymoy side.

From Sandoy, a total 3.7km have been bored so far, while over 3.2km have been drilled from the Streymoy side.

Work on the tunnel began in 2018, with the estimated time of completion in 2023.