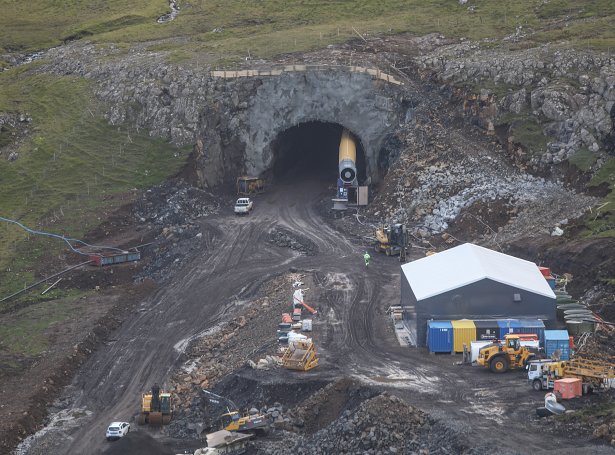 The work on the new road tunnel between Hvalba and Trongisvágur in Suðuroy began in late august of last year, and according to Kringvarp Føroya, it is going well.

A total of 1.080 meters have been bored, hence the workers are way ahead of schedule.

272 million DKK have been granted for the project, which was set to be completed two years from now. The current road tunnel between Hvalba and Trongisvágur is 1450 meters long and is the oldest road tunnel in the Faroe Islands. It opened to traffic in 1963.

When completed, the new tunnel will be 2.542 meters long.