No Faroe Pride parade in Tórshavn this year 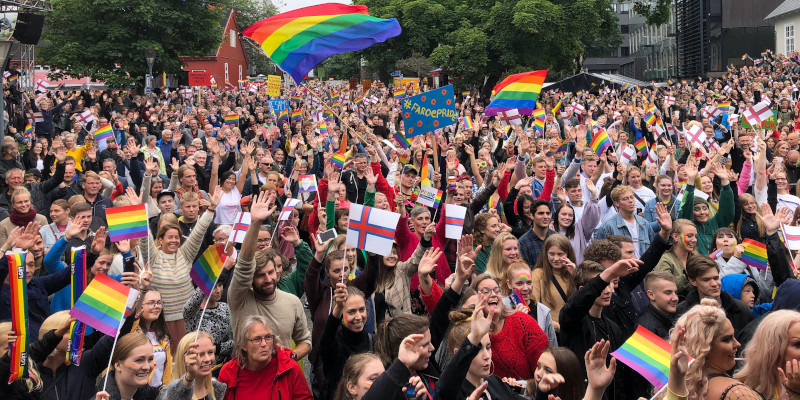 The board of LGBT Faroe Islands has decided to follow the guidelines regarding social distancing. This means that this year’s Faroe Pride parade and free concert, which were to take place on 27 July, are cancelled.

Instead, they will be hosting a number of smaller events, while the Pride day itself will be held online.

The annual Faroe Pride is the biggest public event in the Faroe Islands, where thousands of people come together, which is why it will be challenging to stick to the guidelines regarding social distancing. Hence, the board has deemed it irresponsible to go ahead with the Pride parade as usual, due to the coronavirus, the organization announced in a press release on Thursday.

On 27 July, LGBT Faroe Islands will instead be celebrating the day online, where members of the LGBT community and their allies can participate. More information about this will be available at a later date.

The Faroe Islands International Minority Film Festival will be having a number of smaller screenings from 24 – 27 July, read more here, and the Sirkus bar in Tórshavn will be hosting an outdoor Pride afterparty on 27 July, if circumstances still allow it.

The traditional Faroe Pride parade will be back on 27 July 2021.

Previous articleNew guidelines for travellers: Children below the age of 12 not required to get tested
Next articleTravellers can get tested at the airport

International pop star Anastacia to perform in Tórshavn this fall