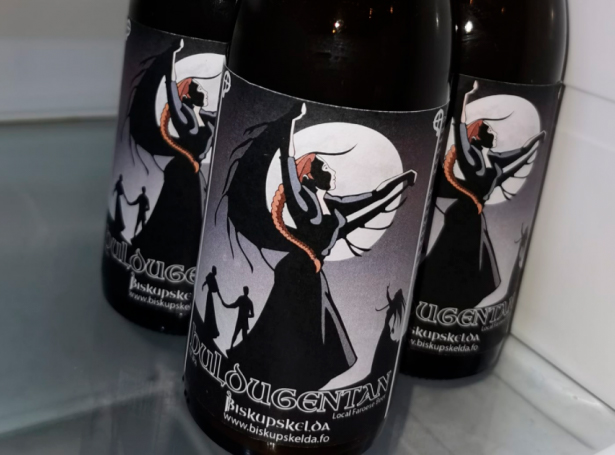 In February, a new Faroese brewery was introduced to the world, and earlier this month, the company’s first beer became available.

Biskupskelda (Faroese for Bishop’s Spring) is a new microbrewery in Vágur, Suðuroy, owned by Magnus Brattaberg, Bárður G. Nielsen, and Dennis Holm, the town’s former mayor, who is also the CEO of the brewery.

The brewery produces unfiltered beer, and like other microbreweries around the world, it produces crafted beer — crafted by hand.

Biskupskelda is an old, local geographical name of unknown origin, associated with the old path between Vágur and Famjin.

The brewery says it plans to produce special beer for beer lovers.

The ale is described as having a good, fresh taste of citrus and fruit.

The name Huldugentan  refers to a folk ballad, composed in 1927 by Johan Djurhuus, also known as Johan á Høggeil, from Sumba, near Vágur.

In the ballad, the bard describes a midnight encounter with ‘huldufólk’ (Faroese for ‘hidden people’, akin to elves in Faroese and Icelandic folklore).