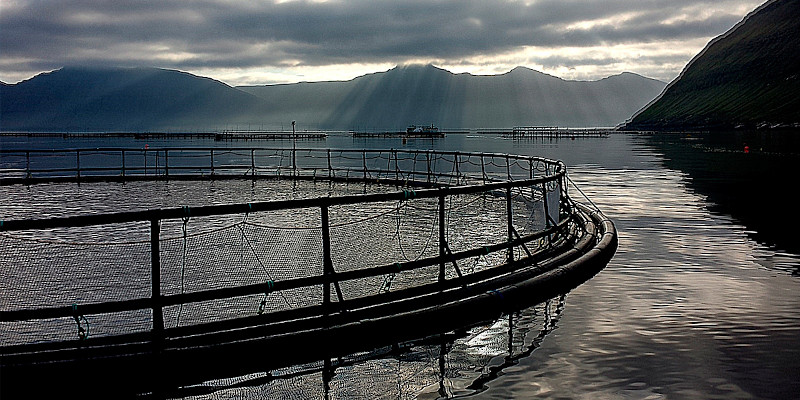 In the early hours of Tuesday, about 20,000 salmon escaped from a fish holding pen near Sandur on the island of Sandoy.

The pen belonged to seafood company Mowi. The farmed salmon had been moved from another cage and was meant to be slaughtered that day.

Unfortunately, however, the pen became damaged in the process leading to the escape of an estimate 20,000 salmon through a large opening in the pen.

Hans Jacob Mikkelsen, CEO of Mowi, told public broadcaster Kringvarp Føroya that the volume of lost salmon amounted to one-and-a-half days of seafood processing, at a total value of about four million DKK.

The damage to the holding pen was subsequently mended to prevent similar incidents from reoccurring, according to media reports.

Previous articleVestmannasund project update
Next articleOnly 5 active cases left: People in Tvøroyri will now have to pre-register for COVID-19 testing