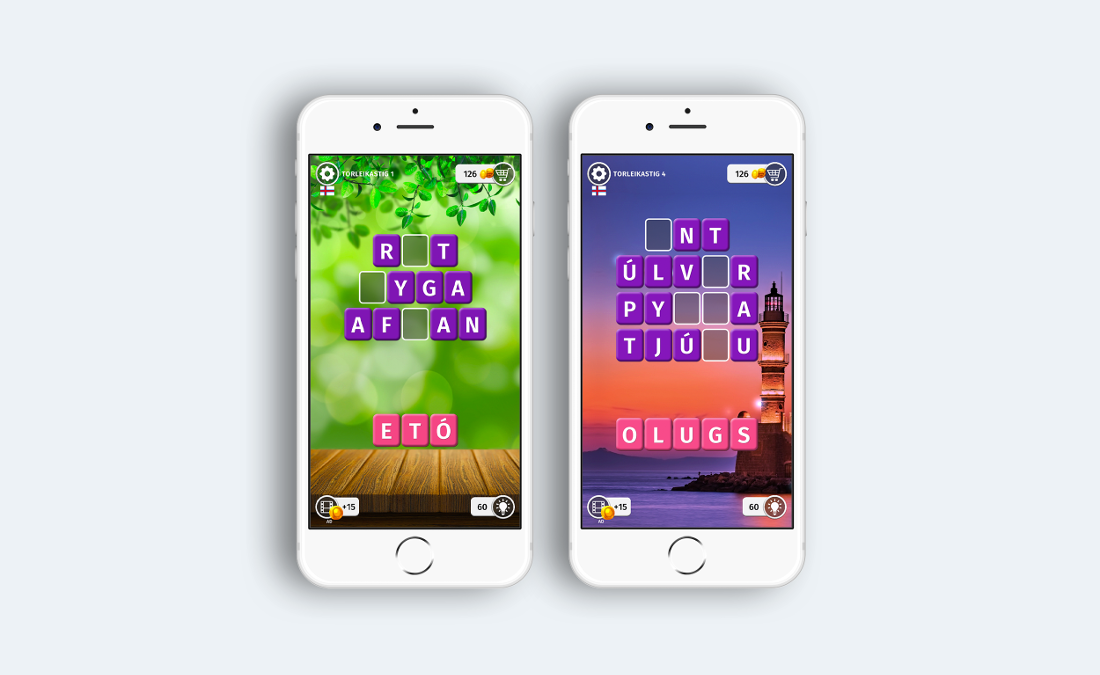 The rules are fun and very simple: the game shows words with missing letters. Letters can be dragged to the empty positions to complete the words. The goal is to find the correct words and proceed to the next level.

Word Tango is played without time-limit and is relaxing to play. It has an infinite number of levels, randomly generated for the player. The player can earn extra coins and use a hint when he is stuck.

“ Most word puzzle games can only be played in a few major world languages, but many people speak a different language. We believe people prefer to play in their native language.

We love and really appreciate the way the Faroe Islands started Faroe Islands Translate and created their version of Streetview. We understand how important your own language is, specially when it is a small language. That’s why we wanted to have support for Faroese from the first version of our game. We hope the people of the islands will love playing Word Tango in føroyskt mál”

In it’s first release, Word Tango can be played in Faroese, Danish, Icelandic, English, Dutch, Frisian, Welsh and Cornish. Smiling Cube Studios will add support for more than 100 other languages, small and big, during 2019.

Smiling Cube Studios is a 2-person independent game developer from Venlo, The Netherlands. Founded in 2011, their passion is to make fun and educative high quality mobile games.