“When the new Culture Minister is calling the films we screen abnormal, he is calling me abnormal,” states creator of Minority Film Festival 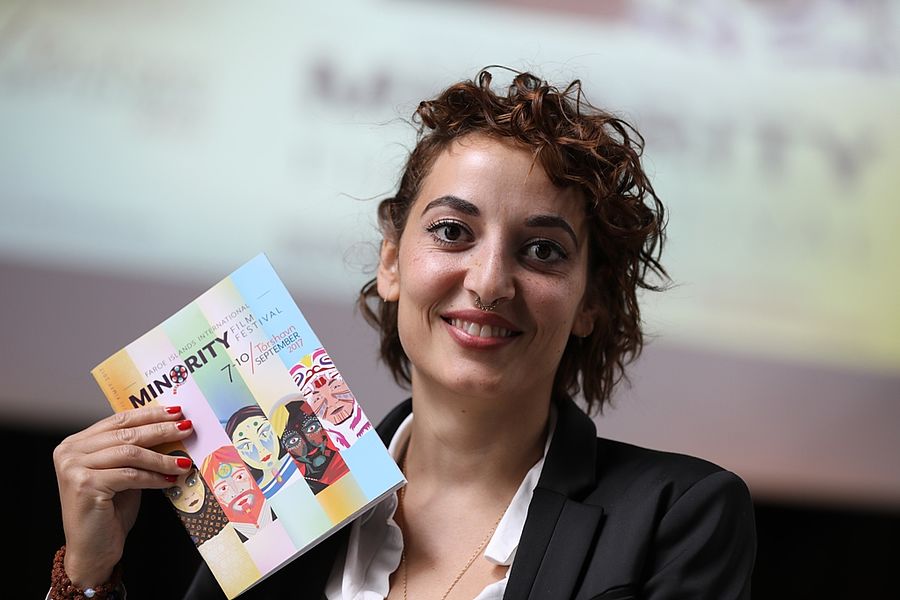 This comes after Mr. av Rana in an interview with Kringvarp Føroya on September 24 referred to the aforementioned films as abnormal. The Minority Film Festival was held for the third time this week. It started on October 9th and lasted until October 13th. During these 5 days, movies, debates, lectures, and workshops were on the agenda.

As the name of the film festival suggests, FIMFF focuses on minorities in the Faroe Islands and the Nordic countries.

This is the full text of Ms. Abraham’s speech:

Normally I would stand up here and talk a little about our events, and what is happening during the festival. But there is something else which is more important.

Art has throughout history also been used as a language of activism. To tell stories, to communicate hidden messages and gain deeper understanding of current situations. Today we have the luxury of having film as a media to do exactly this. Through the lens of each individual behind the camera, we see and feel one more story, and one more voice comes to life. As an independent film festival focusing on minorities, we give some of the unheard voices a platform to reach you… the audience, to hopefully gain a different perspective of what we don’t see, or don’t understand, thereby promoting diversity, tolerance and inclusivity through the language of art and film. So when we get a negative funding response from Tórshavn Municipality stating, we should be a part of TÓFF, we have somehow failed to communicate our mission statement, or the understanding of our mission statement is not present. We might be a niche festival, but our voices also need a platform because they are important.

We’ve had some eventful time leading up to this opening, which is only re-confirming the urgency of the work for LGBTQ+ we do in FIMFF. When promoting tolerance, and basic human rights for ALL people, you don’t back down when you experience resistance. The resistance only makes us fight harder, and most important, makes our allies louder. So when the new Culture Minister is calling the films we screen abnormal, he is calling me abnormal, and when he is warning people about our event, he is warning people not only about me, but anyone who feels they are different, or afraid to come out. It could be your son, your daughter, your neighbour or your uncle. When one in 10 might be a part of the LGBTQ+ community, we should be working towards making it a space for everyone to feel at home, because your sexuality should not decide if you are deserving the same rights as everyone else, and nobody should have the right, or the microphone to tell us otherwise.

I want to thank our premiere sponsors Nordic Culture Point and Nordic Culture Fund for making this project possible, and understanding the urgency. I would also like to thank the Culture Ministry of Faroe Islands for their support, hoping the support for diverse projects will continue. Without the support from these funds, FIMFF 2019 would not be possible. I would also like to thank the Nordic House for hosting us this evening, and all our supporters & collaborators, many of you here to day.

The film you will be seeing tonight, is not your typical opening film, it is a tough but important story and absolutely beautiful.

With that said, I hope you will join us celebrating diversity and inclusivity during a weekend filled with films, talks, photo exhibition, and our Gender Bender party hosting international artists. And I encourage you all to take a program with you when you leave, read it and come to a screening or a talk. It might give you something to think about. Because change is easier with one collective voice. Happy festival, and enjoy the screening!”