HomeSportsWhat next for Lars Olsen?
Sports

What next for Lars Olsen? 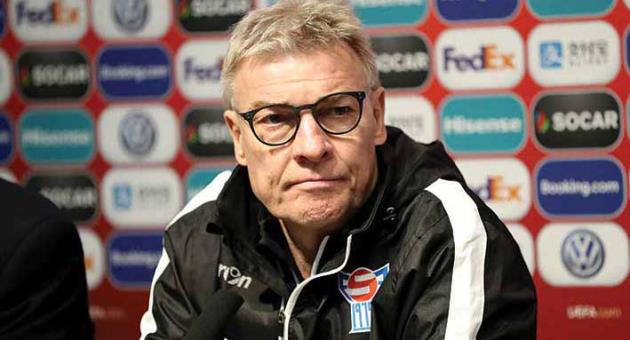 Since taking charge in 2011, Lars Olsen has overseen the most successful era of Faroese international football, the first manager to take the national side into the worlds Top Fifa World 100 rankings (high place of 74 in 2016), obtained the countries best return for a qualifying campaign of 9 points in the 2018 World Cup Qualifiers, the achievements under his reign are endless. It is safe to say Lars will go down as a Faroe Islands legend, on top of his already distinguished career in football (he captained the Denmark team that won the 1992 European Championship).

However, his tenure as the manager of the national side has become stagnate in recent times, with various calls for him to step down from his duties, and with his contract expiring next year, the future of the national side is very much uncertain. In this article, I will explore what next for Lars Olsen and the Faroe Islands national team.

With all of Olsen’s imposing achievements listed above, the calls for the Faroe Islands to change managerial direction might seem ludicrous, but they are not without reason. Since the impressive 2018 qualifying campaign, the nation has seen just 2 wins in 12 matches (against Malta and Liechtenstein). The Nations League campaign was disappointing, with just 5 points obtained from 6 matches, all against nations ranked outside the top 100. And the current Euro 2020 qualifiers are not fairing any better, with 4 loses from 4 matches, and the defeat against Malta (there first competitive win in 6 years) hurting the most.

This has all accumulated in the Faroe Islands dropping to a 5 year low Fifa ranking of 107, and outside the top 100 rankings for the first time since 2014. Under any other manager, a ranking of 107 would be respectable, but because of the high standards Olsen has set, he is almost a maker in his own downfall. The Faroe Islands general public now expect wins and competitive performances on a semi-regular basis, long gone are the days were the nation was the proverbial whipping boys. Historical wins against Greece, Latvia and a draw against Hungary are proof that the Faroe Islands can move up to the next stage of international football, and as a result, defeats against the likes of Malta should not be tolerated.

One of the major arguments being used against Lars is his player selection, and his favouritism of certain players, instead of exciting new ones. In my opinion, the underuse of Meinhard Olsen in recent fixtures is disappointing. Olsen was without a doubt one of the star players in the Faroese Premier League last season, and has had a decent start in Norway, but to date has only managed 4 minutes of football for the Faroe Islands senior side. Surely his form over the last year and a half deserves more of a chance than that. Adrian Justinussen is another player who should consider himself very unlucky for not gaining any senior caps, having outscored any other Faroese player over the last year.

Another huge factor in this debate is Lars Olsen himself. In modern-day football, managers move teams on a regular basis, managerial jobs are now seen as projects more than anything else. And after 8 years at the helm, it is not beyond the realms of possibility that Lars himself feels he has taken the nation as far as he can, and is ready for another managerial project.

If Lars Olsen was to depart, there would not be a shortage of candidates to fulfill the daunting task of replacing him. To me a few names instantly comes to mind, Guðjón Þórðarson would be a logical choice. The NSÍ Runavík manager has substantial managerial experience at the highest level (ex Iceland national and Stoke manager, with over 30 years of managerial experience) and has extensive knowledge of Faroese football and culture from NSI. Heimir Guðjónsson who had such a stellar last season with HB would be another. However, if history tells us anything, a successor whose credentials are limited to the Faroe Islands comes with a lot of grievances, thanks to Jógvan Martin Olsen‘s time as manager!!

A left field name would be former Faroe Islands League favourite Milan Kuljic, the current Serbia Under-17s boss, who has impressed so far with 6 wins from 14 matches, but such a candidate would be far too premature for the job. Hence why for me, Guðjón Þórðarson would be the right man for the role, if Lars was to depart.

Lars Olsen is a respected individual on and off the football pitch, who has guided the Faroe Islands Men’s national team to new heights, the likes that have never been seen before. And for that, he will forever be written into Faroese history. Olsen is an extremely knowledgeable, and immensely talented coach, and I have every confidence he will overturn the recent Faroe misfortunes. But every era must end at some point, and if Lars sees fit to depart, or results don’t improve, a new direction will be needed. The Faroe Islands have built a vital platform for the national side to progress over the last 10 years, momentum and development cannot be halted for no man.

Previous articleGender pay gap widens in the Faroe Islands
Next articleLight at the end of the tunnel: Final blast of Eysturoyartunnil puts end in sight