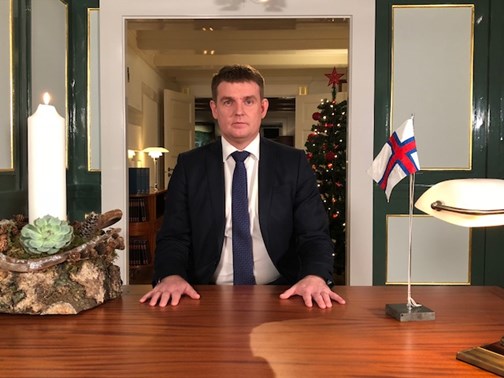 Faroese prime minister and the chairman of the Social Democratic Party Aksel V. Johannesen has advised Bjarni Hammer to take a leave of absence from the parliament while the police is investigating ”the cannabis-case”.

In an interview with Kringvarp Føroya today, Johannesen said: ”We have discussed this in the party and I talked to Bjarni Hammer last night. We think that as things stand – for the sake of Bjarni Hammer himself, his family, the Social Democratic Party and the entire political system as a whole – that it is best he takes a leave while the police is investigating the case”.

Johannesen added: ”He (Bjarni Hammer) is not in the parliament today and he is considering his position and then we will take it from there…But we have to remember that we live in a society based on the rule of law. We have legal protection and in this case no one has been convicted. No one has been prosecuted and no one has been charged, and therefore it is not right – neither of me, nor by anybody else – to comment this case before the police has concluded the investigation”.

Sosialurin wrote that a young woman phoned Bjarni Hammer 15 December last year and asked him if he had some cannabis as he had supplied it to her previously.

The young woman texted and phoned Mr. Hammer before a Christmas Party on December 15 and asked him if he had some of ”the fun stuff that he gave them at a party some time ago”, reported Sosialurin yesterday.

Last week, Faroese news portal VP reported that a member of the Faroese parliament had been questioned by the police over drug dealing.

VP wrote that police officers from Denmark had been in the Faroe Islands to question the parliament member.

Growing, selling and using cannabis is illegal in the Faroe Islands.