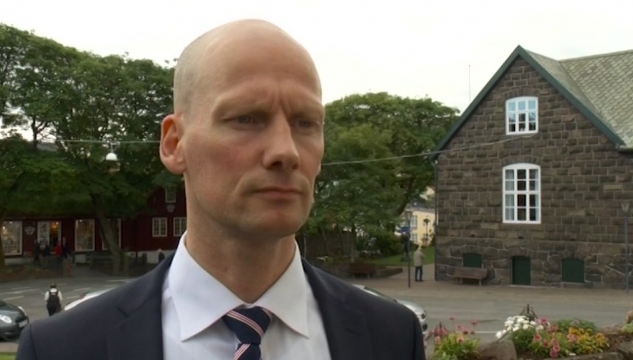 Sosialurin writes that a young woman phoned Bjarni Hammer 15 December last year and asked him if he had some cannabis as he had supplied it to her previously.

The young woman texted and phoned Mr. Hammer before a Christmas Party on December 15 and asked him if he had some of ”the fun stuff that he gave them at a party some time ago”, reports Sosialurin today.

Sosialurin – which historically has been a left oriented newspaper – also reveals that it has known about Mr. Hammer’s alleged drug dealing for some time but that it chose to notify the police instead of publishing the story. The newspaper did not publish the story until after VP – a right wing media outlet – broke the news last week that a member of the Faroese parliament had been questioned by the police over drug dealing.

An extract from the phone conversation between Bjarni Hammer and the young woman:

Woman: You gave us weed at the afterparty.
Bjarni Hammer: I did?
Woman: Yes, you did, hahaha.
Bjarni Hammer: Yes, but I do not have anything right now, that is for sure, but…
Bjarni Hammer: …You know what? I have a really good friend in Denmark. He was in the Faroes back then (when the afterparty took place), because he always brings a lot of stuff (cannabis) along.
Woman: Okay, so it was him – is he in the Faroes right now?
Bjarni Hammer: No, but I could probably get it (cannabis), but not at such a short notice (for the Christmas Party that took place later that evening). He comes to the Faroe Islands 22 December.

Last week, Faroese news portal VP reported that a member of the Faroese parliament had been questioned by the police over drug dealing.

VP wrote that police officers from Denmark had been in the Faroe Islands to question the parliament member.

Growing, selling and using cannabis is illegal in the Faroe Islands.

Previous article
Picture Gallery: The audience loved Maria and the man with the diaper
Next article
KVF to make Faroese news in English as “up to 1200 Faroese don’t understand Faroese”