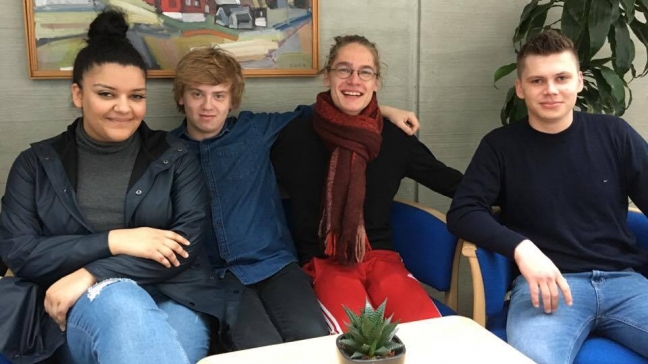 The upcoming EP by Faroese band JASMIN is the first project since the release of last year‘s two singles (Baby Blue and Make Sense).

The EP is about taking a trip down memory lane, looking back on relations and on yourself, states the band in a press release.

The first track of this EP is “Remember”.

Lead singer Jasmin Mote (first to left in the picture above), who is half Kenyan and half Faroese, says about the EP: “We want people to feel the songs, lyrics and vibe. ‘Remember‘, which is the lead single, is maybe the most powerful song on the EP. It has a very strong message and feeling. I think people can relate to the song in many different ways. For me the feeling of the song is the same feeling when you‘re trying to talk to someone and they listen, but they don‘t hear you – you just want to shake some words out of this person! It‘s also about neglecting something that happened that changed things in your environment. It‘s a song with a hardcore attitude, sadness, madness and being frustrated.”

The band JASMIN started in 2016 when they met preparing for a musical they were all part of. After this the band started jamming together, and they soon realized it was meant to be. They won a Faroese talent competition (Sement) for upcoming artists, and with this recognition they have since been invited to play on the big Faroese music festivals, including G! Festival and Summar Festival.