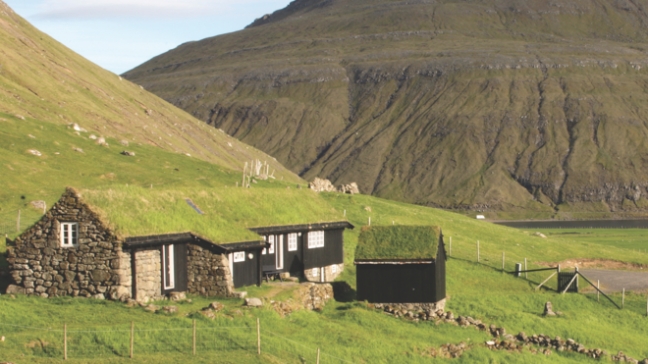 Faroese gourmet restaurant KOKS has been flying high in the last couple of years.

In 2015, the popular restaurant won the The Nordic Prize for best restaurant in the Nordic countries and in 2017 was awarded a Michelin star, the first for a Faroese restaurant.

Naturally, KOKS has received an abundance of international media attention over the past few years, including from CBS News, The Guardian and The New Yorker.

This week the Faroe-based restaurant has also caught the attention of CNN Style, which asks if this is the most remote dining experience in the world.

The popular American television channel has spoken with Poul Andrias Ziska, who has been head chef of KOKS since January 2014.

Ziska emphasized the uniqueness of KOKS.

Focusing on innovative traditional Faroese food, KOKS gives its guests the chance to taste the Faroes and its seasons through local produce.

“KOKS is a restaurant that is focusing on what we have around us here on the Faroe Islands. This is what makes sense to me. To cook what we have here. The Faroe Island are 99% ocean, so the majority of the menu comes from the sea, and almost all the rest is made from locale ingredients. Some are particularly interesting, like the mahogany clam,” Ziska explains.

What is more, Ziska points out that he and his co-workers “have an idea of what we think the ultimate dining experience is.”

“Restaurant Koks is located in a valley, far from the main road. It’s very harsh and wild nature around us. That’s the whole experience. I mean you start down by the lake together with the other guests and then you’re being driven up here away from everything. You don’t see any lights you don’t see any cars. You don’t see the people you just here in the little house. And then I think that really sets the mood. You have to trust us even more than just the food,” Ziska states.