#WaterForRefugees – Ordinary people making an extraordinary impact in the world 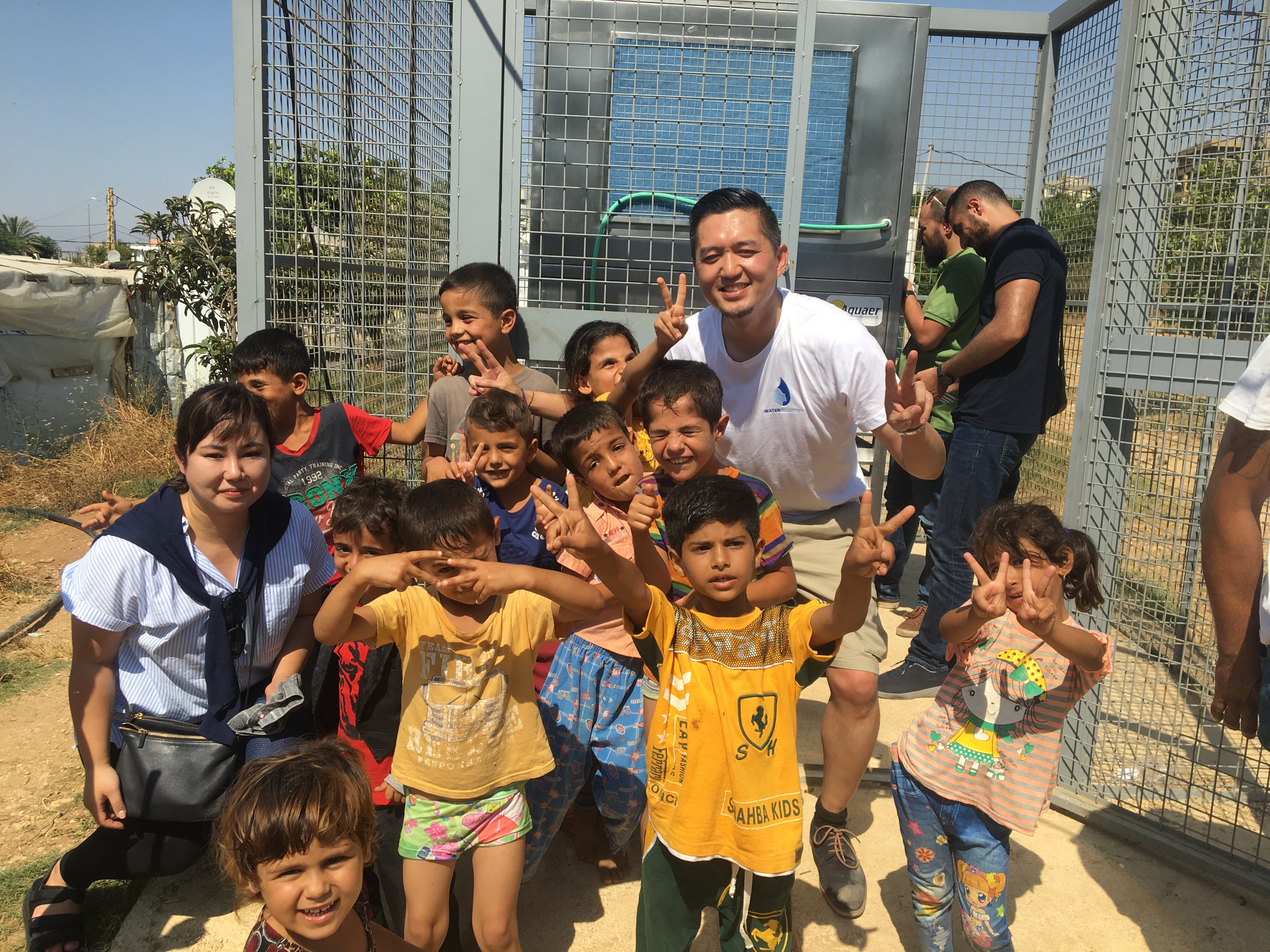 There’s nothing more essential to life on Earth than water.

Yet, people are struggling to access the quantity and quality of water they need for drinking, cooking, bathing, hand-washing, and growing their food around the world.

However, living in the Faroe Islands, the perspective about the water crisis is totally different, as Faroe Islanders can get access to water without any trouble at any time of the day.

So, that took us to see the work that a young man is making in the camps of refugees in Lebanon. His name is Nhat Vuong, and he is an ordinary person doing extraordinary things for others.

Mr. Vuong is the founder of Water Inception, an NGO whose mission is to raise public awareness of the crisis in the world’s water by providing innovative technological solutions that guarantee a water supply to people living in refugee camps.

Mr. Vuong was born in a refugee camp in Kuala Lumpur in 1980, but later on he was transferred with his family to Switzerland by the International Red Cross. He made a changing discovery in December 2016 when he crossed a machine capable of producing more than 400 litres of drinking water per day in condensing the humidity in the air.

Following the visit to a refugee camp in September 2017 in Tripoli, Lebanon, with the support of the Global Shapers Community of the World Economic Forum, Nhat, affected by the urgency of the situation, launches its project to assist the 147 Syrian refugees living at the moment – there in the camp, without access to safe drinking water. A little over a year ago, the Water Association Inception launched its #WaterForRefugees campaign on the crowdfunding platform IndieGoGo and obtained a sum of €25,804 in May 2018 thanks to the support of 304 donors. This collection made it possible to finance the machine, delivered to the port of Beirut in February 2019.

During his last trip to Lebanon on June 25, 2019, Nhat finally managed to places the infrastructure to facilitate the installation of the water generator. Now, the sum of 20,000 CHF still have to be raised in order to cover the costs of installing the panels necessary for the autonomous operation of the water generator.

If you would like to make a donation to this cause, you can access to the following link: https://www.waterinception.org/donate.html