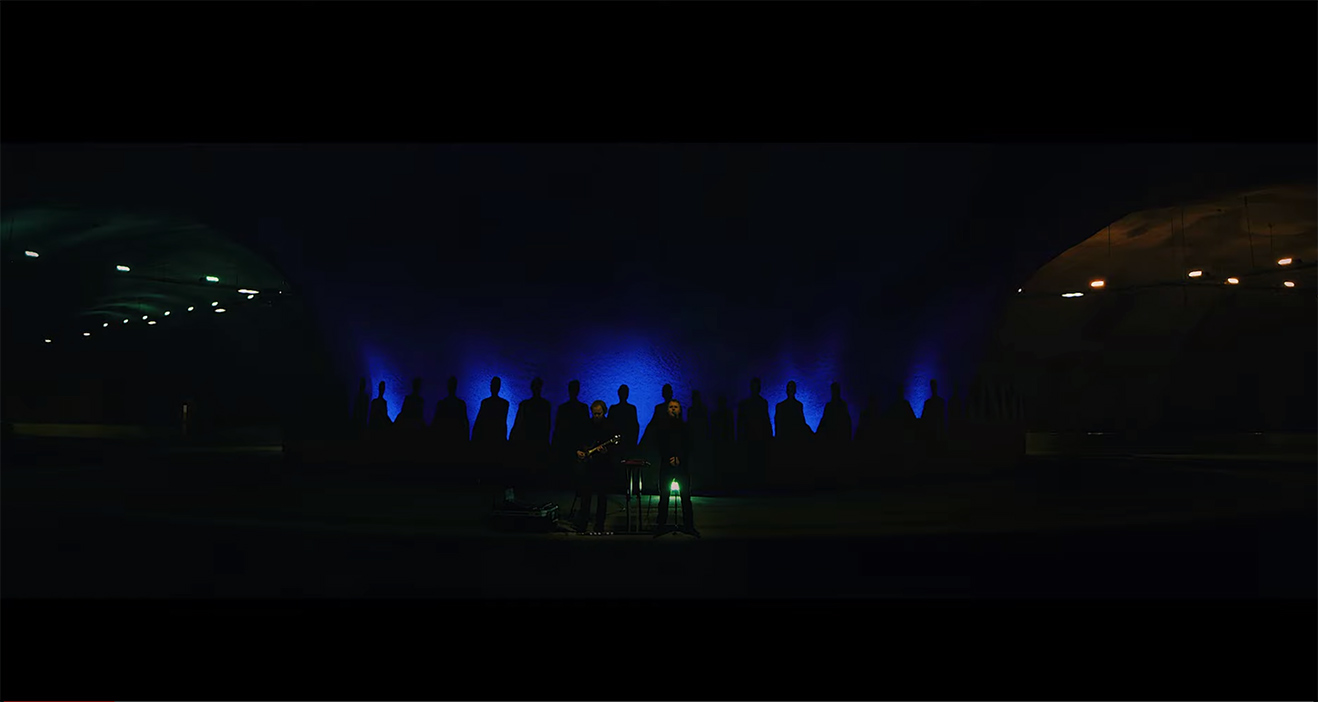 Last month — almost six years after they recorded their memorable music video “Deyðir varðar” during the total solar eclipse of 2015 — Faroese music group Hamferð took advantage of yet another unique setting for a live recording, performing their song “Evst” at the now world-famous roundabout in the newly opened undersea Eysturoy Tunnel (Eysturoyartunnilin).

The performance took place shortly before the December 19th opening of the tunnel.

In the video, we can see singer Jón Aldará and guitarist Theodor Kapnas performing live in front of the light and sculpture art piece by Tróndur Patursson at the center of the roundabout.