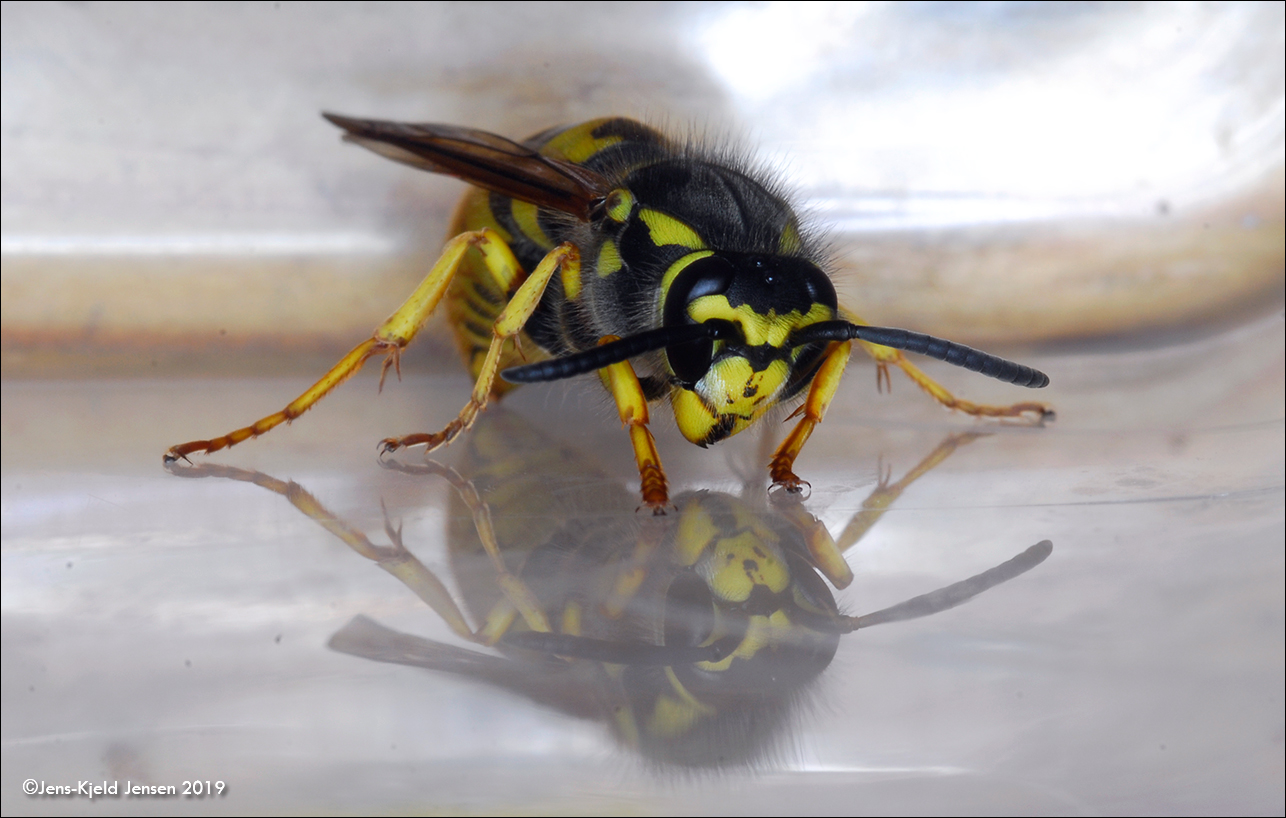 This is the conclusion of a new scientific article about the invasion of two species of social wasps – common wasp Vespula vulgaris and German wasp Vespula germanica – to the Faroe Islands.

The article is written by Faroese resarchers Sjúrður Hammer and Jens-Kjeld Jensen, who predict that “with no active biosecurity measures to prevent the introduction of invasive alien species to the Faroes, the introduction of more species of social wasps…(is)…very likely, and wasps already present will likely invade new islands.”

“Although social wasps represent a public nuisance in the Faroes, the potential ecosystem impacts are grossly underappreciated and understudied,” the researchers point out in the wake of this prediction.

Hammer, who represents The Environment Agency (Umhvørvisstovan), and Jensen, a locally famous natural scientist, note that “in total there have been 1.222 nests located and destroyed, mostly in Tórshavn, where they were first introduced (in 1999), but nests have also been found on neighbouring islands.”

“Both the introduction and the spread within the Faroes suggest a strong relationship with human settlements and travel,” the researchers state, adding that “social wasps have established on four out of 18 islands – all of which are connected by land, suggesting that their spread within the islands is also human aided.”

The article has been published in BioInvasions Records, an international journal of field research on biological invasions in aquatic and terrestrial ecosystems from around the world.

Previous articleHere is the reason why route 100 only stopped at the high school in Vestmanna
Next articlePictures: Sustainability and alcohol laws under debate in Mikkeller Tórshavn