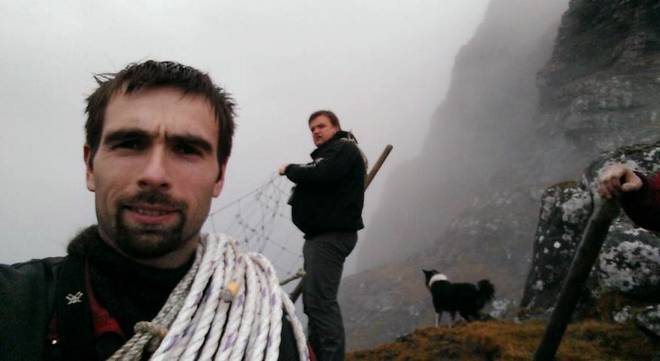 Jóhan Jógvansson, Saksun‘s big farmer, grabbed the headlines of the Faroese media for all the wrong reasons yesterday after he sent a xenophobic message to foreign tourists earlier this week.

Jógvansson admitted he was the one who wrote ”this is not Disneyland. Tourists, go home” on a wagon that stood in the village of Saksun two days ago.

This is not the first time Jógvansson has grabbed the attention of the Faroese media. In 2016, he complained that he had to deal with tourists, bloggers, photographers all year round. He pointed out tourists often have no regard for his families privacy, willfully ignoring fences and signage.

And on April 2, 2016, Jógvansson astonishingly wrote on his Facebook profile: ”Just been on a trip to the village of Tjørnuvík. Not a single tourist in sight. In the village of Saksun there must have been close to 100 (tourists) so far today. Me and the dogs have been pictured at least four times – without permission, of course. I think the time has come that the tourism sector pays the people of Saksun DKK 500.000 each for being exhibition monkeys for the tourism industry all year round.”