“Volunteering has become a way for me to help”: Red Cross, Picture Gallery 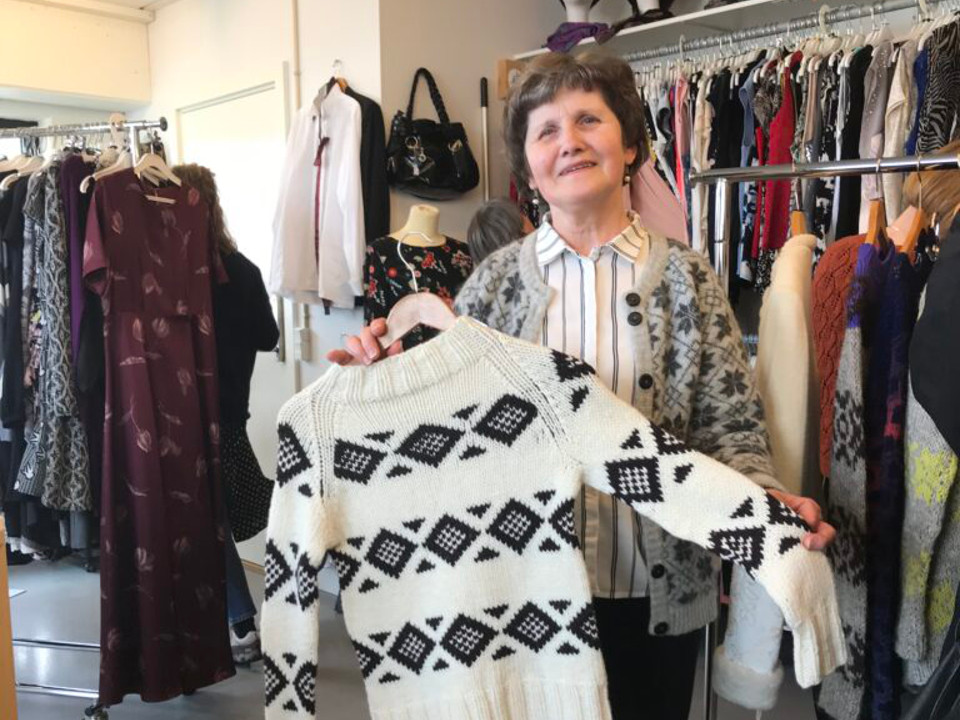 Our last stop on the tour to the second hand stores in Tórshavn, the capital of the Faroe Islands, is Red Cross (Reyði Krossur Føroya).

The International Red Cross is an international humanitarian movement with approximately 17 million volunteers, members and staff worldwide which was founded to protect human life and health, to ensure respect for all human beings, and to prevent and alleviate human suffering.

The International Red Cross exists in nearly every country in the world. Currently, 190 National Societies are recognized by the International Committee of the Red Cross (ICRC) and admitted as full members of the Federation. Each entity works in its home country according to the principles of international humanitarian law and the statutes of the international Movement.

In Tórshavn, there are two second-hand stores run by the Red Cross. One is located in downtown (Bryggjubakki, 10) while the other is located in the outskirts of the city (Stiðjagøta, 6).

The social motivation aside, what really makes these stores special is the vast number of volunteers who dedicate so much of their time to the cause without expecting anything in return.

Lisbeth Samuelsen is one of the volunteers at Red Cross. She points out that she has received so much help during her life that she really wanted to give something back.

“Hence, volunteering has become a way for me to help,” Lisbeth points out.

There are mostly women behind the counters in Tórshavn’s second hand stores. Some of them claim that they have tried to recruit men, but the men allegedly prefer to keep a low profile. As the women say: “They prefer to carry the bags.”

However, Dánjal Augustinussen of Red Cross is an exception to the rule:

“I have a personal interest in fashion and I love to be in the store because the other volunteers are really nice to me and they create a cozy environment,” he states.

Dánjal encourages other young people to shop in the store because, as he points out, “you can find very good deals there.”

After this tour to the second hands stores in the Faroe Islands, you will have a unique wardrobe, a good feeling for supporting a charity organization and a better match with your budget.