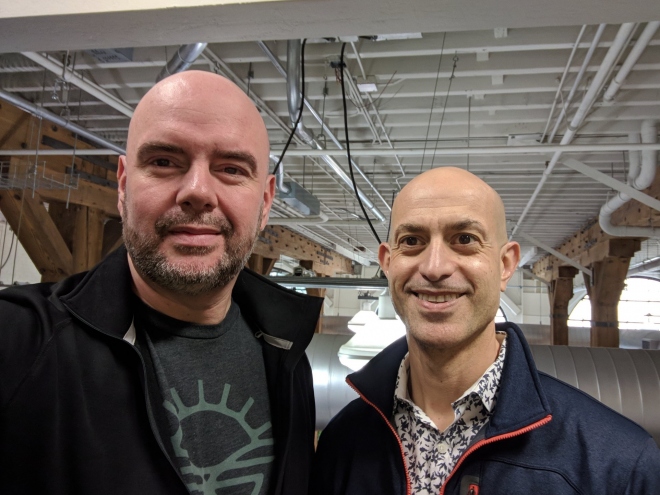 Heini Zachariassen stepped down today as chief executive of Vivino, the popular wine community and marketplace that he helped found in 2009.

On his Facebook profile Zachariassen, who is Faroese, stated that ”After 8 years building Vivino with an amazing team, it’s time for a change for the company and me.”

He also announced that the new of CEO of Vivino is Chris Tsakalakis.

According to Zachariassen, Chris Tsakalakis is a complete rock star:

”Vivino’s growth story is one that I am very very proud of – we’ve built something that has enabled us to attract a complete rock star to Vivino. Chris built StubHub from a small marketplace to the world’s largest ticket marketplace with over $3 billion in sales”, Zachariassen said on Facebook.

Zachariassen added that: ”I will stay with Vivino to support Chris and the company, will continue to serve as Evangelist, Board Member and more. Personally, I am also looking forward to spending a lot more time with my always supportive family that I love so very much and don’t see enough of. Many thanks to them and to the Vivino team, this has been quite the journey and we are just getting started”, he concluded.

The Vivino App has 29 million users and DKK 344 million have been invested into the company. In 2018, the company expects to exceed DKK 1 billion in sales. Vivino, which was one of the most downloaded apps worldwide in 2017 under the “Food and drinks” category, currently has 16,000 wine stores on the app, 600 of which sell their wine directly through Vivino.