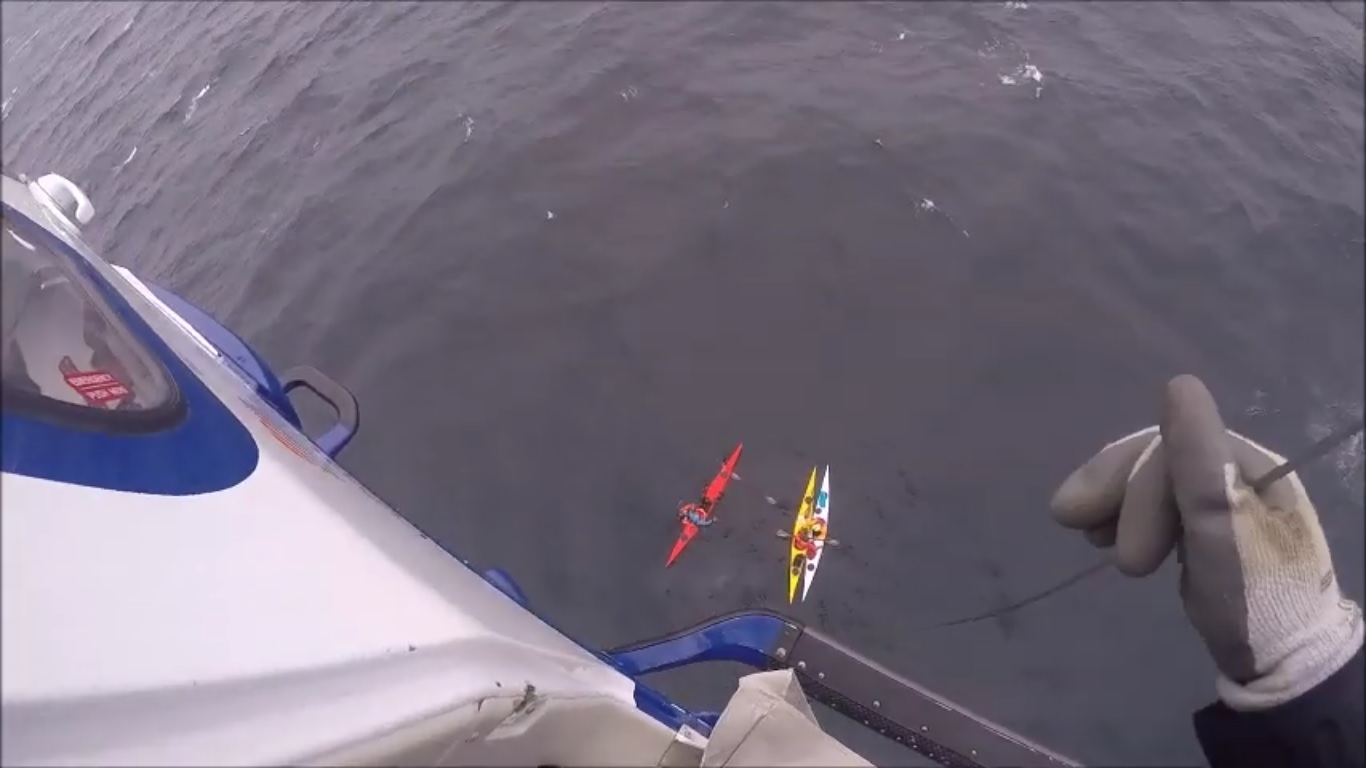 Last week, a group of nine kayakers set out from Eiðsvík on the isle of Viðoy.

As they ventured north of Cape Enniberg, the northernmost point of the Faroes, they were troubled by rough sea and separated into smaller groups.

MRCC dispatched a rescue helicopter, the rescue vessels, Ejnar Mikkelsen and Tjaldrið, and several rescue boats and other boats to aid the kayakers.

This is what the rescue operation looked like from the helicopter (see video below).