HomePolitics"Two people of the same gender cannot be a married couple due...
Politics

“Two people of the same gender cannot be a married couple due to biological reasons,” argues Christian MP 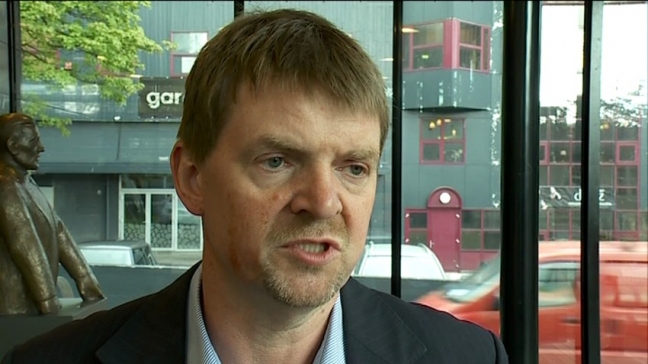 The Centre Party (Miðflokkurin) has announced that it intends to repeal same-sex marriage if it returns to power after four years in opposition.

Elections to the Faroese parliament take place on August 31, and Bill Justinussen, a Centre Party MP, has stated that his party aims to roll back same-sex marriage rights if it becomes part of a new coalition following the elections.

However, if it is up to Mr. Justinussen and his compatriots in the Centre Party, this law will soon be a thing of the distant past.

“Marriage is between a man and a woman. The party and all its candidates share this opinion, and the Centre Party thus intends to change the marriage law once again, if we hopefully become part of a new coalition after the elections. Wrongdoings must be corrected as soon as possible. Because two people of the same gender cannot be a married couple due to biological reasons,” said Mr. Justinussen in a reader’s letter.

According to Mr. Justinussen, the Centre Party has no plans to take away rights from gay people who have married in the Faroe Islands in the last two years.

The Centre Party is a Christian-democratic, conservative political party, led by Mr. Jenis av Rana. The party is known for its traditionalist stance on social issues, in particular on LGBT rights and homosexuality in general. The party was founded in 1992 and has been part of the Faroese government on three occasions: from 2002-04, February-September 2008 & 2011-2015.