Travellers have to wear masks on the bus from the airport 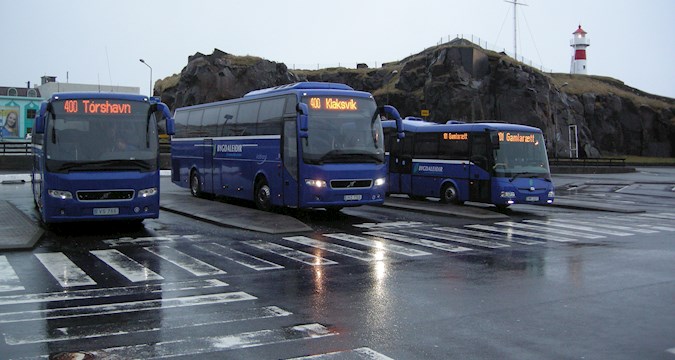 Today, the Faroese borders opened back up for travellers. Today was also the day where the new rules requiring travellers to wear masks at the airport and aboard the plane came into effect.

On the ferry routes the quarantine system will be limited to passengers travelling from other countries than the Faroe Islands, Denmark, Greenland, Iceland, Norway and Germany. These passengers must contact the crew before boarding the ferries so that they can be separated from the other passengers that are not included in the new guidelines for travellers to the Faroe Islands.

Passengers are asked to keep a 1 metre distance between them and to maintain their personal hygiene.

Previous articleFaroese borders are reopening today
Next articleBankNordik: Almost half the managers are women