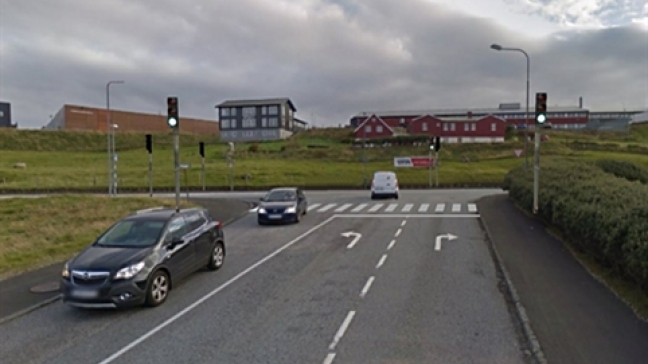 Tórshavn City Council has started work on installing so-called smart traffic lights at one of the city’s busiest junctions, between Hvítanesvegur and Eystari Ringvegur.

Smart traffic lights are fitted with sensors which calculate the ideal way to control traffic. The signals communicate with each other and adapt to changing traffic conditions to reduce the amount of time that cars spend idling.

The new technology makes changes in real time to avoid congestion wherever possible.

The junction between Hvítanesvegur and Eystari Ringvegur is notoriously busy in rush hour, and the City Council is confident that the new system will help reduce road congestion there.

The next step, if the need arises, will be to widen the junction.

According to the City Council, this is a significantly cheaper option than constructing a roundabout. The traffic lights are estimated to cost DKK 0.5 million, whereas a roundabout would cost almost DKK 15 million.

The traffic light system is expected to be up and running next month.