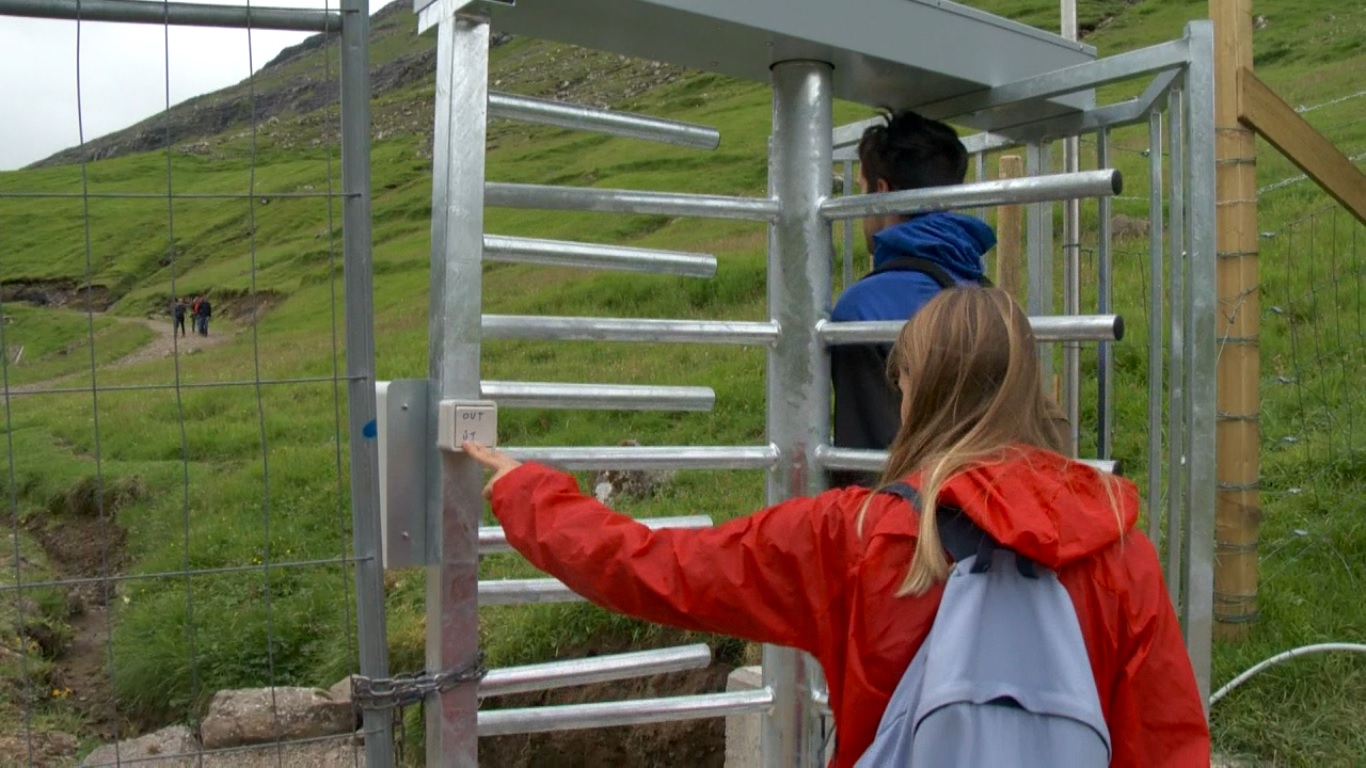 You could be slapped with a DKK 1000 fine if caught entering the Saksun Beach area without paying the newly introduced admission fee of DKK 75.

That’s according to Kringvarp Føroya.

Police will not be present in Saksun on a day-to-day basis, but should anyone notify police of non-payers, then police will show up and give you an on-the-spot fine, reports Kringvarp Føroya.

If you decide to dispute the fine, then you will have to appear in court.

It has emerged that Faroe Islanders will also have to pay 75 Kr to visit Saksun Beach after the fee was originally implemented “to get something out of the tourists.”

In May, Kringvarp Føroya broke the news that Saskunite tenant-farmer André Kruse planned to put a gate up across the road that leads to Saksun Beach.

“There are so many people now, and we are forced to do something, and we have decided that the money that comes in will be used for paths and other maintenance,” said Mr. Kruse at the time.

Last week, Mr. Kruse set up a wicket gate in Saksun plus attached a payment terminal to the gate. Hence, now you gotta pay to visit Saksun Beach.

Read more: Saksun farmer to charge tourist admission fee; here’s how much it will cost you to visit Saksun Beach

Meanwhile, several prominent Faroese politicians are apparently furious over the Saksun Beach admission fee. In a KVF TV-debate on Tuesday, Aksel V. Johannesen of the Social Democratic Party (Javnaðarflokkurin), Høgni Hoydal of the Republican Party (Tjóðveldi) and Poul Michelsen of Progress (Framsókn) declared that they would never agree to pay the controversial fee.

“Definintely not,” blasted Mr. Michelsen, the foreign minister of the Faroe Islands, when asked if he would pay to visit Saksun Beach.

“No, I have no intention of doing so,” responded Mr. Hoydal to the same question.

The newly formed Ramblers’ Association is also demanding the right to walk freely around their country without having to pay.

“I do sympathise with the farmers. This great influx of tourists places a great burden on the environment, but by imposing all these toll restrictions, the farmers are now taking away the natural liberties of the locals who want to see their own country,” says Rúna Hjelm, association chairwoman, according to Kringvarp Føroya.

Read more: The planet of the farmers? Saksunite big farmer threatens to call police on tourists

Read more: Welcome to Saksun (the land of the free?)