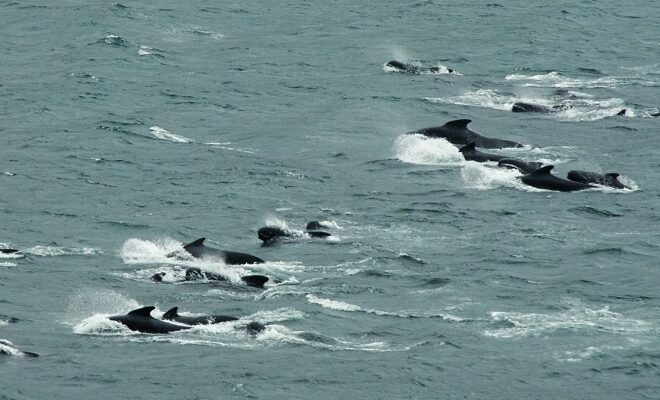 Paul Watson, the founder of the Sea Shepherd Conservation Society, is intent on putting an end to the Grindadráp.

Mr. Watson believes that tourism may be the key to ending the controversial practice.

“We need to target tourism and we need to educate people globally that the Faroe Islands is the place of the violent annual massacre of defenseless dolphins and pilot whales in a barbaric ritual called the Grindadrap,” Watson noted in a Facebook post.

Watson added: “Boycotting Faroese farm raised salmon and discouraging tourist dollars may be the key to convincing the Danes and the Faroese that the Grindadrap should be a thing of the past and should die out in the same manner as their over exploited fisheries.”

Last Sunday at around 10pm, 25-30 pilot whales were killed in a Grindadráp in Leynar, on the western coast of the island of Streymoy.