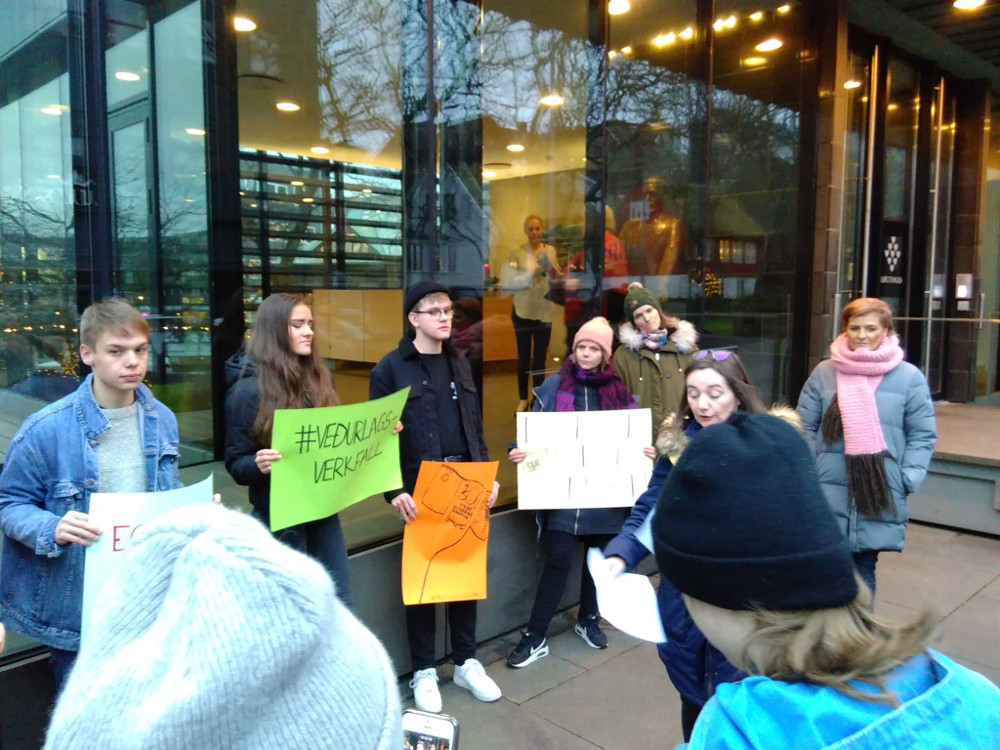 Greta Thunberg, a fifteen year-old climate activist from Sweden, gained international attention recently after staging a school-strike for the climate in August and September of this year.  She was later invited to speak at the U.N. Climate Summit in Poland where she addressed the inaction of world leaders.  Afterwards, she issued a plea to international activists to join a global protest on this day, Friday 14 December. The call was for people to meet outside parliament buildings and demand climate action.

Organized by Hervør Pálsdóttir, Tórshavn met that challenge with approximately thirty people. The group included members from various businesses and organizations: FNU, Ringras, Sirkus, Mikkeller Tórshavn, VistGrøði, and others.  Many in the crowd held homemade signs with slogans such as, ” One Can Not Eat Money” and, “No to Oil”.

Coincidentally, parliament was discussing a vote regarding the cost of electricity, so a gathering of climate savvy activists was fitting for the occasion.  At one point, two politicians came out to engage with the activists but seemed more interested in talking about the cost of converting homes to renewable energy.  During a bit of a one-on-one debate, an activist asked one of the politicians, “But have you read the science regarding climate change,” to which he replied, “No, because this is about politics.”

Later on, the activists were joined by Sonja J. Jógvansdóttir and Magni Arge who spent some time in the crowd discussing with members. Previous articleFaroese Fish Farmers’ Recipe of Success
Next articleThis Week’s Hot Seat:
Luis from the US 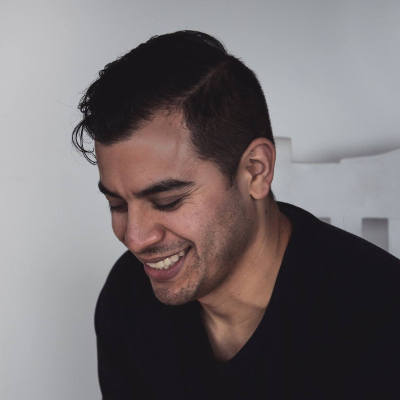