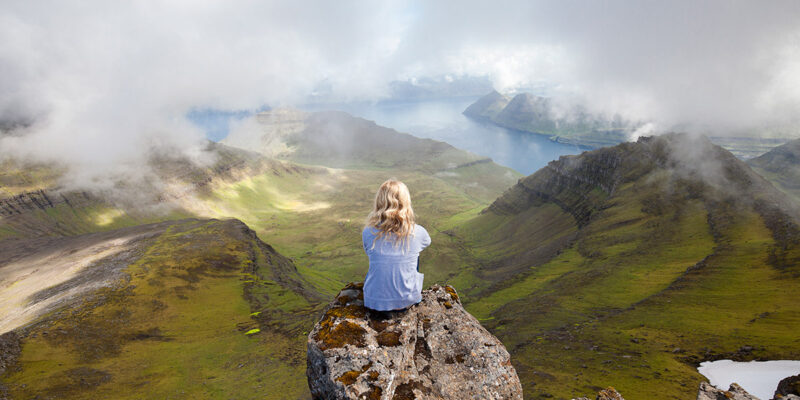 This originally was meant as a comment to sharing the article “Thoughts of a former whale hunter in the Faroe Islands” published by Local.Fo Faroese News in English.

Article can be seen here: http://local.fo/thoughts-former-whale-hunter-faroe-islands/

But I found I had so much more to say, once touching the topic of whale killing, environment, toxic, culture, history, reality and the current state of the planet. I feel I have something to share here.

First of all, sorry for the intense graphic of this picture.

When seeing this now. It is strange to me, that this ever was something that was a part of the culture I grew up in. Yes, I grew up on the Faroe Islands, probably the only place where almost everyone is still eating whale meat, and yes it was a good source of proteins and nutrients, and it was very tasty. (don’t get upset read on)

Yes, today the whales are so toxic, they are hardly edible. So personally, I see no point in continuing this.

Earlier I saw it different. The Faroese people are doing what they have done for 1200 years.

I remember pilot whale killing. I remember how disgusted I was by the blood, but growing up, learning this is the way of life, the circle of life I accepted it. I did not even know it was possible to live of a plant-based diet.

Almost nothing can be grown on the Faroe Islands, except potatoes. Carrots can be cultivated, other root vegetables as well. But fruits almost impossible.

So back in historic times, the Faroese, being Vikings, did absolutely nothing wrong. They did what they did to survive.

As The Faroe Islands have been under stress from media and organisations, they responded and made new rules on how the killing should take place. And it is done much more humanly then the average slaughterhouse and the transport to the slaughterhouse. So, the beckons the real issues about what meat really is today!

Most meat in stores, are from livestock animals. That are bred, raised, fattened, and transported to their death. It is horrible, the animal cruelty in this process is far beyond the pilot whale killing in the Faroe Islands. The whales live a good and free life before the killing. The killing is far more humane, but the blood is public, whereas the blood from slaughterhouses is being kept away from the average citizen in the Western world, that is unless they seek out what is really happening.

But now another issue already arises. If the whales are this toxic, what is next? Well with a little logic it is not hard to conclude fish with longer lifespans will also gather too much toxic. Maybe we even someday will have to start whaling the big whales, to get the toxic out of the water and dispose of it correctly. As use whales as dumpsters. That is horrifying right?

And us humans as a species, if we put ourselves on top of the food chain, what do we not accumulate during a lifespan? Shall we be the on-land dumpster? We have the power to decide for ourselves what we put in our bodies. We can choose to put ourselves first or last in the food chain by our food consumption. We are omnivores, we can digest plants and meats alike. We have the intellect to create this enormous meat production that is destroying us all. We also have the intellect and the power to choose what we eat. And some have the moral compass also to guide them in what is most sustainable and kind to animals.

The first meat I gave up, was years ago. I gave up Pork. The reason was a rather selfish one, but not entirely. The pork stock in Denmark is plagued by MRSA (multi resistant bacteria) They have big boils, that hurt them. They have been overmedicated with Tetracycline. There were a few incidents of sudden death with people with low immune system to MRSA, they had internal boils, which stopped their hearts from functioning and they died. (yes, scary right?)

Well, as I suffer from MRSA infection, I know I have low immune system. So, the risk of introducing my body to the types that create these internal boils was too big. So, I stopped eating pork. But my other reason was, I know the pain MRSA can cause. Also, I know the troubles of taking too much antibiotics, I know what Tetracycline intake is like, and it’s not a good life for the poor pigs. I can’t support this.

Here in Denmark it is not easy to give up pork! Pork is the single biggest meat source here. Hotdogs, most stuff to put on bread is pork. If looking through a Christmas Dinner table here in Denmark, its often 100% of the meat is pork. May get lucky and find a salmon or some shrimps. But hard to eat a full satisfying plate without pork.

But that is only one of the aspects in this. The bigger issue is that it is ruining our environment. The CO2 emission from livestock is the single largest contributor to CO2 emission, the greatest threat to our planet. This is why we should really all be moving towards a more plant-based diet.

Personally, I have not enjoyed meat for about 20 years or more. But I did not know how to shop, cook, eat and live without. As most people, I was raised on a diet with meat! Does that make me a bad person? Does it make my parents bad people? Absolutely no, all were doing what they were told was how to survive. I don’t think my grandparents even knew of plant-based diet.

One of my grandfather was a farmer. Sheep and Cows. The other one was a fishing captain, and later in life manging a shipping company. So, my family lived off producing meat and fish, this is my heritage. Following what we are raised to believe is right, does not make anyone a bad person. And this goes beyond choice of food, and it goes for every human being on the planet. People who eat meat today, like I also was doing with a guilty conscious, were raised to eat meat, and are not bad people.

But it needs to end. We need to make everyone understand, that our planet cannot sustain this.

Also, most likely we live much healthier without meat. Some meat is still healthy. If they animals live under good conditions, and are killed without stress, then there is no denying that this is healthy food. But it’s not possible without the CO2 emission.

What I see in debates are 2 sides. There is the “crazy vegan / activist types, who I in many ways find rather hysterical. Personally, I will never give up wearing wool. It is the single warmest clothing. Here up in the cold climate we need warm clothes in the winter. Sheep don’t need to get hurt from sheering. On the contrary, what I saw as growing up was, that in the spring their started shedding their wool. They were slowed down by this winter coat. They were sheered in a human way, and they were so happy after. Also, birdlife needs for us to sheer the sheep. The loose way may tangle around birds, so they can’t fly and will be killed by the closest predator.

If the animals live well, and the wool is taken in a kind way, we do them a favour. There is nothing wrong with this.

Furthermore, I believe if sheep are kept for wool, there is nothing wrong, with also using the produce called meat, when they are put down. Us humans don’t really need meat. But in cold places, it is good to make sure children get their full protein and allow them small amounts of meat is not a terrible thing. Or it can be used as cat and dog food. We need a cat population, otherwise our planet gets overrun by vermin, which will result in famine for all of us.

Nor is there anything wrong in using the leather, if the animal is put down.

Also, I will not take on the lifestyle of boycotting leather. The reason for this is similar to the wool. But right now, there is leather in abundance! Skin is being destroyed due to lack of demand. So, destroying wool and leather would means more CO2 emission, and producing substitutes like polyester also more CO2 emission. These are some of the reasons why I think some plant-based eaters have gone overboard.

At the moment I still wear leather shoes, because leather is in abundance. I may change this stance later, if the leather supply decreases, because in that scenario, using leather is supporting the animal meat consumption.

Dairy is something else I still consume. But only fully organic. I am not sure if I will keep doing this. I enjoy lean dairy products very much, the cows raised organic are treated well. Yet they are being bred which means they produce calves, which often are taken away from them, and also may be killed at an early age for just meat. Therefor I may just give up on dairy, unless the dairy industry changes.

On the other hand. There are people who eat meat and farmers who are unwilling to change! They might say stupid things like they crave and love juicy blood. Utterly stupid. Or justify it by the circle of life, which is absolutely nonsense on this overpopulated planet, where the meat is human design produce.

So, bottom line I am working my way to explaining is, we need to change our diet in order to save our planet.

People who have been vegan or other plant-based diet for longer periods of time should not judge others for eating meat. Rather kindly explain the health and the environmental issues this causes, and teach meat eaters how to live without meat, whenever the chance arises.

Meat eaters should not either be fanatical or judgemental of people vegans or other people on plant-based diets. Rather ask, and perhaps learn.

If the two crazy sides I see in debates do not change, our planet is doomed for certain. The politicians will not make the necessary regulations to lower/stop meat production as an industry, if there are crazies on both sides.

If the current trend continues, not enough people convert to plant based diets to save this planet for future generations, because the meat eaters have the majority for too longs.

I hope people take this to consideration and hopefully stop consuming large meat intakes and make this planet a kinder and cleaner place to live on.