This Week’s Hot Seat:
Nadal from the Netherlands 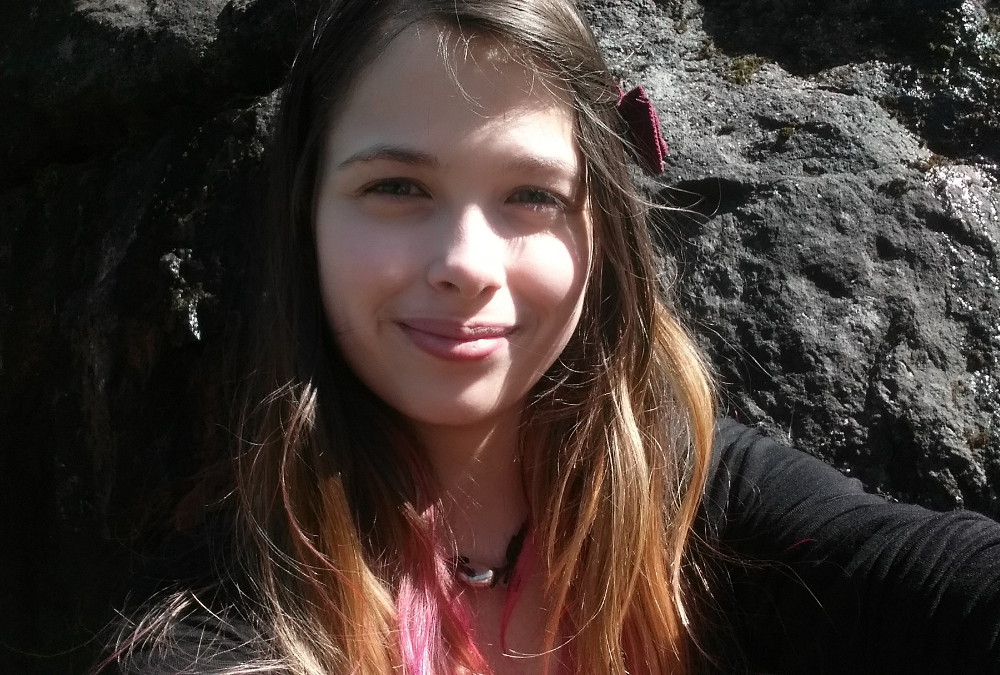 Introduction:
Hello, my name is Nadal I’m a girl, 24 years old and from the Netherlands.
I am working for Smyrjibreydsbúdin, which is gonna be Bitin when it opens. I’m working in the kitchen.

When and why did you move to the Faroe islands?
I came to the Faroe Islands at the beginning of March 2017, but I have been occasionally moving back and forth.

My boyfriend is from the Faroes, and after a year of long distance relationship I decided to come here and stay until he finishes his studies. After that we move together to the Netherlands.

What was your first impression of the Faroe Islands and Faroese people?
It was (and still is) extremely beautiful. The land radiates such a raw strength, its amazing.

The people are really nice, but very to themselves. I’m used to everyone being pretty open, talking about anything.

What’s the best thing about the Faroe Islands and Faroese people?
The land is very open, lots of nature. In contrast to the crowded Netherlands.

The best thing is that the people are very spontaneous and always up for something.

What’s the worst thing about the Faroe islands and Faroese people?
But the best thing is also the worst thing. In the Netherlands everyone has a agenda and plans every visit, days or weeks in advance. So sitting in my uncharming evening clothes on the sofa and have a bunch of people suddenly coming in the house, was a bit of a culture shock.

The worst thing about the lands, rain, cold, expensive and I’m craving any chips that’s not sour cream flavoured.

What are the differences between the Faroe Islands and your home country?
The Faroes are a lot smaller so it feels really free. The Netherlands is small too but its pretty over populated, everywhere you look you see houses and structures.

But because there are so many people, there is a lot more to do.

Yes, I even like it more than Dutch music.

My favorite Faroes band is Hamradun.

Do you like Faroese food? If yes, what are your favorite dishes?
Eh…..Leg of lamb is pretty good. Grind tastes okay. Learned to eat the fermented back of lamb, if there are enough potatoes.

Where do you see yourself in 10 years?
In the Netherlands, maybe raising some brats.

What are your strengths/weaknesses?
I guess I’m pretty okay at drawing and other creative activities.

What is top on your bucket list?
Visiting Japan.

What’s your favorite quote?
”People say nothing is impossible, but I do nothing everyday.”

Which other countries have you been to?
Belgium, France, Catalunya, Denmark, Germany, Scotland, Hungary, England, Spain

(I haven’t really read many books)

If you could change one thing in your life, what would it be?
I would add some zero’s to my bank account.

What would you do if you won one million DKK?
Cry that its not in Euro.

Just kidding, I would save it at first, then a holiday to Japan and use the rest to pay for a house in the Netherlands. (boring right?)

What advice would you give to foreigners who plan to move to the Faroe Islands?
Stock up on your favorite snacks from your home country and have a driving license.