“This is very unfortunate branding of our country,” laments former Faroese PM after dolphins hunt 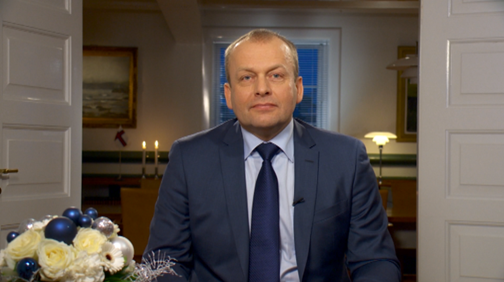 Former Faroese Prime Minister Kaj Leo Holm Johannesen has spoken out in the wake of yesterday‘s slaughter of 210 white-sided dolphins, which took place in the village of Hvalvík.

Mr. Johannesen, who served as Prime Minister of the Faroe Islands from 2008 to 2015, appeared to take a swipe at Faroese authorities.

He wrote in a Facebook post, as reported by Faroese news website Portal.fo: “I think we should continue to herd pilot whales, but today I think we made the wrong decision to kill dolphins.”

Mr. Johannesen added: “Nicer and smarter, dolphins are friends with kids all over the world – kids who are going to eat our fish and salmon. This is very unfortunate branding of our country.”

According to Portal.fo, a lot of people gathered yesterday on Hvalvík Beach to witness the killings which went fast and smooth.