The return of the Crown Prince: Run, Frederick, Run 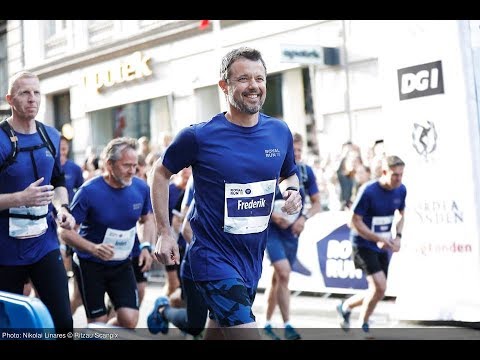 Crown Prince Frederick of Denmark will return to the Faroe Islands this summer.

After 70.000 people took part in last year’s Royal Run events, held to mark HRH Crown Prince Frederick’s 50th birthday, the heir to the Danish throne has decided to arrange a repeat of the races, reports The Local.

The Danish Royal Palace announced on Wednesday that the event will take place again in 2019 in the form of road runs in Aalborg, Aarhus and Copenhagen on June 10th and in the Faroe Islands on June 1st. Bornholm will also be part of the 2019 programme, writes the Local.

“I look forward to devoting a day to exercise together with the rest of Denmark. It is my hope that many people will again feel ready to challenge themselves and work out in beautiful surroundings across the country,” Crown Prince Frederick said in a press statement.

Three distances – one mile, five kilometres and ten kilometres – will be available to choose from in the races.

Last year the Crown Prince Family of Denmark paid an official visit to the Faroe Islands.

The family arrived in Tórshavn Harbor in the morning of August 23. There they were greeted by the island’s locals who had gathered in anticipation of their arrival, presenting Mary with an elegant posy as she stepped from the Dannebrog, the royal yacht.

Leading the way was Crown Princess Mary, who, along with the rest of the family, was dressed in traditional Faroe costume in honour of her visit.

She and her two daughters, Princesses Josephine and Isabella, wore the female dress of a dress and open sweater laced together using silver buttons and finished with a cape.

Meanwhile her husband Crown Prince Frederick and their two sons, Princes Christian and Vincent, wore a waistcoat and felt coat with silver buttons, blue stockings and the famous floppy hat.

Previous article(Video) The highest peak of the Faroe Islands
Next articleAtlantic Petroleum: Provision release and update on Orlando Field