HomeBusinessThe Múlafossur Red Ale: An Ale intended for both tourists and locals
Business

The Múlafossur Red Ale: An Ale intended for both tourists and locals 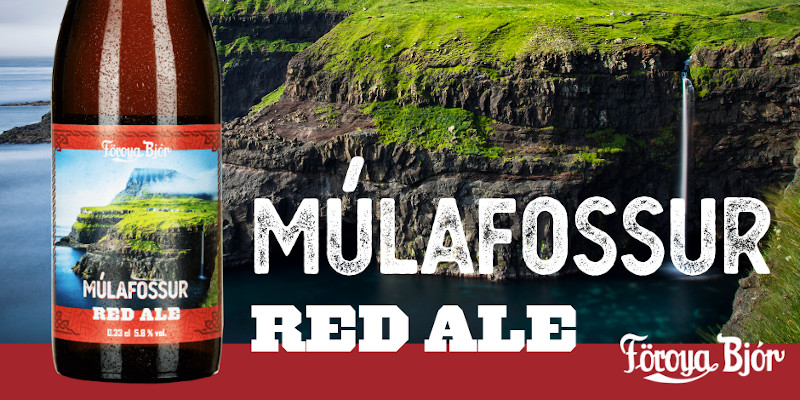 Faroese brewery Føroya Bjór hopes people in the Faroe Islands will like their new product, Múlafossur Red Ale, which was released last week.

The initial idea was to produce ale for both the Faroese and for tourists, but since tourism has been put on hold for the time being due to the outbreak of the novel coronavirus, the brewery hopes that it will be well received among the Faroese clocals. How long the ale will be available is yet unclear.

– A product like this depends on demand, hence it is too early to say, how long it’ll be available. Preferably, it’d be available as long as Gásadalsgarður is open, says Bjarni Bogason, Head of Sales and Marketing at Føroya Bjór.

Mr. Bogason acknowledges that the demand won’t be the same as it could have been, were it not for the unique situation the world  currently finds itself in. The sales are already turning out to be fewer than usual.

The idea was to produce an ale that would be attractive to tourists but the inspiration did not come from tourism. The barley and water used comes from Gásadalsgarður, hence it was deemed appropriate to name the ale after the waterfall nearby, Múlafossur.

– We have to remember that tourists come to our country because they want to experience local, Faroese products and services. I think that’s important to keep in mind, when producing something in the Faroe Islands – that we can proudly show our foreign guests that this was produced for the Faroese in the Faroe Islands. There is no doubt that the village of Gásadalur is one of our most popular tourist attractions. Hence we wanted to make ale that would attract them, he says.