The Filipina fish processors of the Faroe Islands 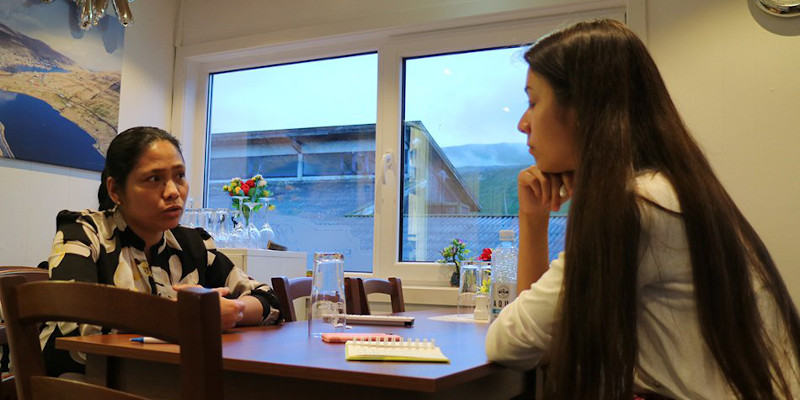 Rowena Bech still remembers the salmon factory. “It’s hard work,” she told me, when I visited her one-year-old Filipino buffet in Vágur, a sleepy village on the southernmost of the Faroe Islands, an archipelago belonging to the Kingdom of Denmark. Over steaming plates of Ilonggo-style arroz valenciana and caldereta made with meltingly tender Faroese lamb, she told me about her eleven years in this near-Arctic country—including the brief stint she spent in one of the fish processing plants that power its economy. “You must carry 7, 8 kilos [of salmon],” she said. “And it can be harder than that.”

Rowena is one of hundreds of Filipinos who have settled in the Faroe Islands, comprising the largest immigrant group* in a country with a population of just over 50,000. The majority of Filipinos in the Faroes are female, and many—Rowena included—met their Faroese husbands on dating sites like “FilipinaHeart.com.” “One click, and we just liked each other,” said Rowena of her first online encounter with her husband, Sigmund, who she wed in 2009.