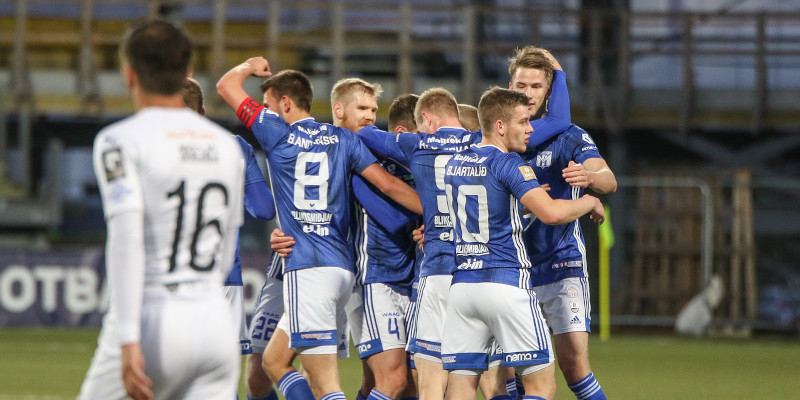 I usually solely write about the national Faroe Islands team, but tonight is a once in a lifetime match. At 7.30 PM (GMT+1) tonight, KÍ Klaksvík will kick off the biggest game in Faroese club footballing history, away to Irish champions Dundalk, with the winner qualifying for the Europa League group stage, alongside the likes of footballing giants Arsenal, Napoli, Roma to name but a few. To put that into context, the whole population of the town of Klaksvík (5000) could fit into Roma’s Stadio Olimpico (72,000 capacity) a whopping 14 times over!!

With a monumental further £3 million income for the victor (that’s 3 years of KÍ wages alone), this is a tie of epic proportions.
To truly show an example of the massive step up, for KÍ to reach such a competition. Potential future opponents Arsenal weekly wage bill for just there 5 top earners is more than KÍ’s yearly budget of £1 million for the whole playing squad. Such a progression into the group stage would be a rare ray of sunshine in a challenging year for us all, pitting fisherman, carpenters against the worlds biggest superstars, witnessing the titans of world football against the tiny fishing town of Klaksvik. These feats would be an experience everyone associated with the island group can cherish for years to come.

KÍ Klaksvík has already made history in being the first Faroese side to reach the Europa League Play-off round, and the stunning 6-1 victory over Dinamo Tbilisi last week to get here will live long in the memory. But a win in Ireland would be a fitting fairytale ending for a KÍ side who earlier this year won their first title in 20 years.

Qualifying to this stage has been complicated, to say the least. First in the Champions League qualifiers, after being awarded a technical 3–0 victory against Slovan Bratislava due to one of there players testing positive for COVID, followed by a brave 3-1 defeat to Swiss champions Young Boys. Which meant KÍ dropdown to Europe’s secondary competition the Europa League, and the spectacular win against Dinamo Tbilisi followed, in a match which the Georgian champions were expected to win comfortably. But akin to the national side, KÍ thrives off the underdog tag, a team who as little as 10 years ago were in the Faroese second division. And against Dundalk, a side who qualified for the Europa League 3 years ago, KÍ will again be the underdog.

The magnitude of this run into the depths of the Europa qualifying rounds has been pushed by the Klaksvík people, with 70% of the town’s population tuning in to watch the win against Dinamo Tbilisi. And even more, are expected to watch the once in a lifetime match tonight.

Victory in Ireland will be the single most outstanding achievement by a Faroese side, and one of the most significant shocks in domestic European footballing history. The nation will watch on anxiously as KÍ look to achieve what everyone thought was impossible. But no matter the outcome of the game tonight, KÍ Klaksvík are already winners by getting this far.