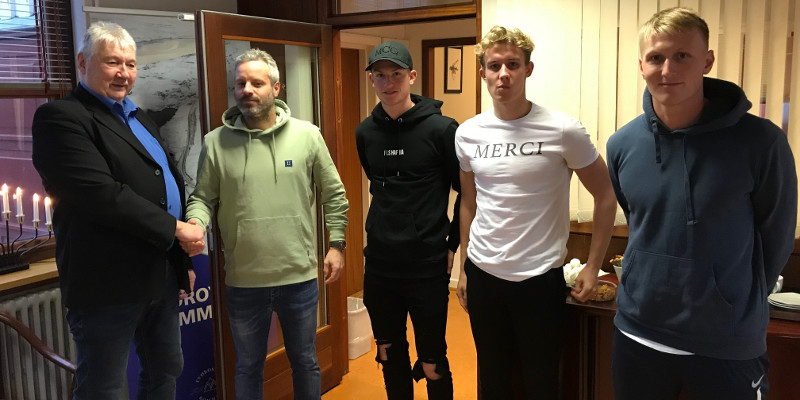 It is not every day that the municipality of Tvøroyri welcomes three new citizens from Denmark, but that is exactly what happened the other day.

Along with new TB manager from Germany, Michael Winther, the new TB players stopped by the City Hall to register their citizenship. There, they met mayor Kristin Michelsen, who invited them in for a cup of coffee.

Tvøroyrar Bóltfelag was founded in May 1892 and is the oldest football club in the Faroe Islands.