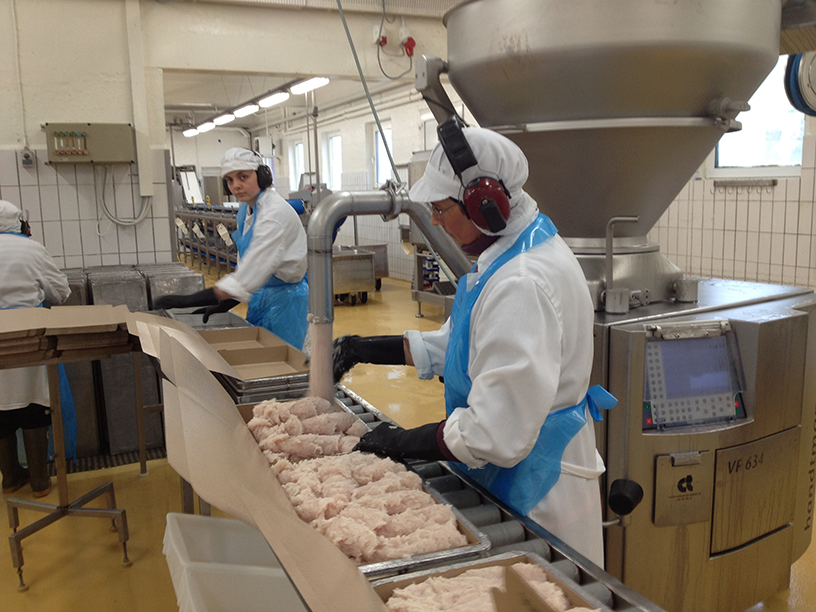 Seafood processor Tavan has built a solid foundation with minced silver smelt for Norway as primary offering; now with a processing line for pickled fish installed, new products are being launched for Swedish buyers.

As the Faroese fish processing industry has developed following the downturn of the 1990s, a tendency has emerged with innovative people increasingly focusing on specialized production. One example is Leirvík-based Tavan, reportedly the world’s leading producer of top-quality, minced silver smelt.

Obviously, with its location in the middle of the Northeast Atlantic, Tavan benefits from having access to some of the world’s finest sources of fish, one of several factors to make it a supplier of choice for buyers in Scandinavia. An added bonus is the fact that the Faroese silver smelt fishery some years ago received MSC certification as sustainable and responsible, adding further value in markets increasingly influenced by demanding, environmentally conscious consumers.

“We focus primarily on silver smelt, which remains our most important product,” said Joen Magnus Rasmussen, Head of Sales at Tavan.

“During 2017 we shipped some 10,000 tonnes of minced silver smelt, mainly to Norwegian manufacturers of value-added seafood products.”

Mr. Rasmussen went on to point out the fact that Tavan over the years has successfully adjusted its production to changes in the marketplace, not only with regard to minced silver smelt but also other species and product categories, with new products currently being launched while other have been phased out.

The Faroese silver smelt fishery takes place within the half-year period spanning from April to September. During this period, Tavan’s processing lines are kept very busy, typically producing more than 10,000 tonnes of mince on an annual basis, mostly for exports to Norway.

During the season one shipload of silver smelt, approximately 100 tonnes, goes through the mincing process on a daily basis. For the remainder of the year, saithe used to occupy the filleting machines, but this production has been phased out during the past few years.

‘It has to be earned’

“While minced silver smelt remains our most important product, we’ve lately worked on developing and introducing some new and promising products in the pickled category.” Mr. Rasmussen said. “Last year [2017] was the first year in production of chopped, pickled herring in barrels for jar packaging, and we shipped about 1,000 tonnes to Swedish buyers. We aim to double this production in the future.”

In the production process, the herring is headed, gutted, filleted, chopped and fleeced, all in one unbroken processing line. The fish enters the conveyor whole and exits chopped, ready for the pickling barrel.

Also, Tavan introduced the whole pickled sprat in barrels, with around 265 tonnes shipped to Sweden from November 2017 to February 2018.

“We are still looking to develop additional new products as opportunities arise, and generally to move up the value chain where feasible,” Mr. Rasmussen added. “Alongside the products already mentioned, we still produce several other products: frozen cod roe, salted cod roe, frozen saithe roe, salted saithe roe, and frozen ling roe. For every one of these products the buyers are located in Sweden.”

The origins of Tavan stem mainly from the unfortunate closing of the Frost processing facility during the Faroe Islands’ financial meltdown in the early 1990s. Frost had been forced to become part of a larger conglomerate which had been devised by the political authority in conjunction with the then banking monopoly to consolidate the Faroese fish processing industry. Unfortunately for the people of Leirvík, the management of the new conglomerate didn’t find the Frost facility useful for its plans, and thus shut it down prospects of reopening in the foreseeable future. Local businesspeople in Leirvík, however, took matters into their own hands and formed a new company, Tavan, to get the processing plant up and running again.

Having matured into a strong company since its formation, Tavan today has a healthy financial underpinning and loyal customers. Clients, such as supermarkets who use silversmelt mince to produce ready-made meals and other value added products for the retail market, are highly appreciative of the product quality delivered by Tavan.

“I’m pleased to note that our customers continue to praise the products we deliver,” Mr. Rasmussen said.

“Proud as that makes us, we’re still acutely aware of the responsibility that success brings; it’s not something that comes cheap—it has to be earned and it takes both time and effort, so it invariably comes at a price. Now the fact that good client relations are crucial for longterm success, is something that plays an important part in motivating our people to perform at their very best.”