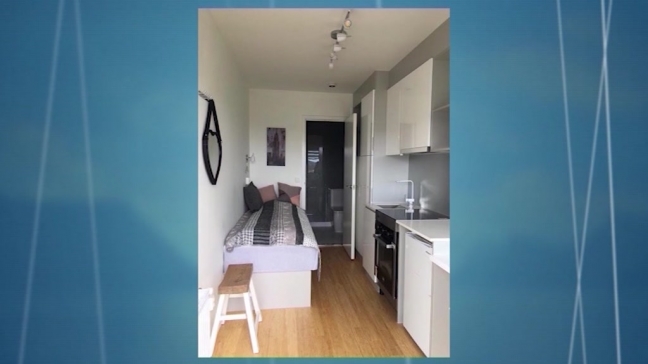 It recently emerged that MARK, the company responsible for building student flats in Marknagil, evicted students in July to let the flats to tourists.

The arrangement was that students signed a temporary rental agreement covering the school year, and then returned for school start in August.

Gordon Rajani, managing director at MARK, told KVF in November that one of the reasons for this temporary rental arrangement was to ensure students the cheapest possible rental prices.

In July, the student flats were then listed on websites with rental accommodation for tourists.

Tenants given priority
However, the Minister of Social Affairs, Eyðgunn Samuelsen, wants to put an end to this practice.

“Tenants should be protected so that temporary rentals agreements don’t turn into methods for landlords to evade the rules,” she said of the new amendments in the Rent Act aimed at protecting temporary tenants.

“The amendments specify that if a house or a flat is let out again following a short-term rental, e.g. in the summer, the current tenant is given priority for the rented accommodation in question, and then the agreement is no longer to be regarded as temporary.”

This means that the landlord can no longer offer multiple short-term lets to the same person. This is done to protect the tenant, said Samuelsen.

“I have no problem with temporary rentals, but that is not something you do again and again with the same tenant because then it’s no longer temporary,” she added.

The amendments authorise the rental committee to initiate proceedings if it has been informed of matters that are deemed to be unlawful.

The Rent Act amendments are currently under review and are expected to go through a third hearing by 25 April when Parliament goes on its summer recess.

Previous articleWhat is the disagreement between the EU and the Faroe Islands (really) about?
Next articleBrandur Hendriksson Olsen joins FH from Randers FC