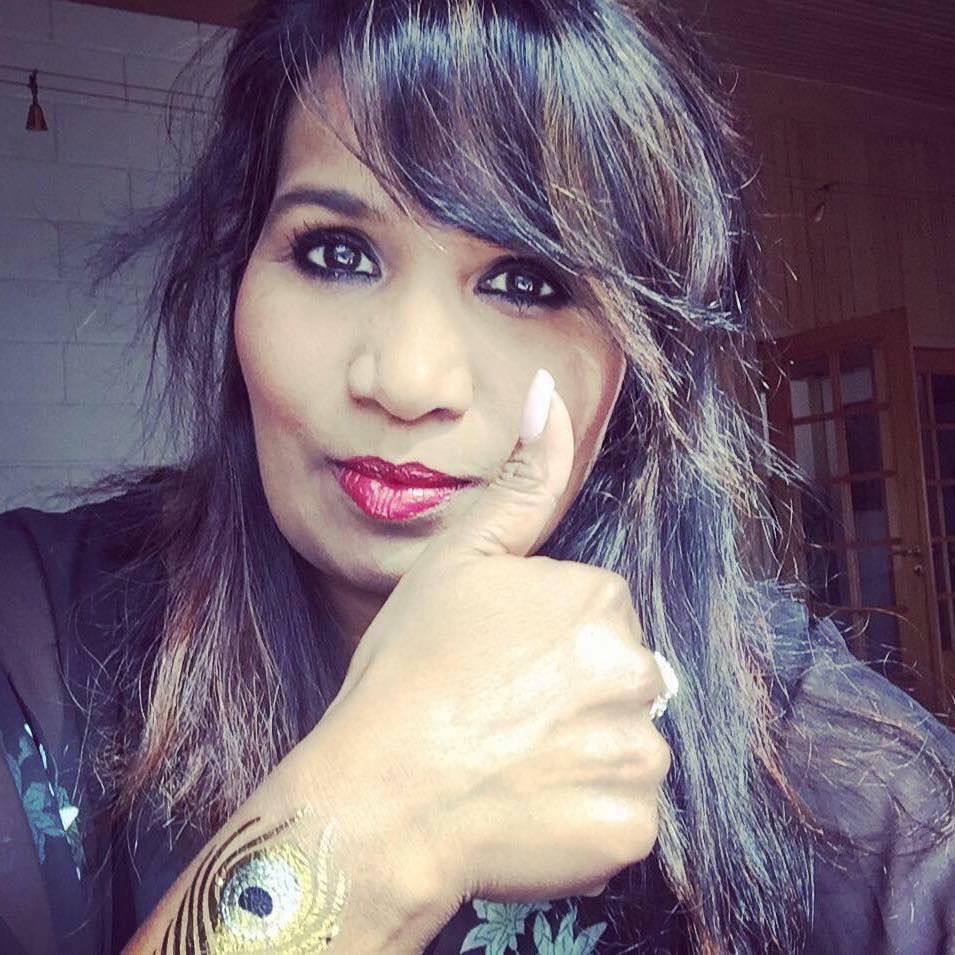 Over the years a lot of people in Tórshavn, and the Faroe Islands in general, have become familiar with Stella Zachariassen, a Sri Lankan lady who has been living in the windswept North Atlantic nation for almost 28 years – since 1990 when she got married to Petur Zachariassen whom she had initially met three years earlier.

Stella´s is a successful immigration story.

She is the woman behind the popular Cardamom-SriLankan Indian catering service in Tórshavn, and – also a talented artist – she spends her free time painting. She is a frequent visitor at Oasan, a church-religious center in Hoyvík, and loves everything about the Faroe Islands.

The first time Stella visited the Faroe Islands was back in 1989.

– I was introduced to Petur in 1987 when he and another Faroese came to Sri Lanka to visit my father, who was a pastor. I was 15 years old back then while he was 19. In 1989, I went with my mum to the Faroe Islands and Petur and I got married in 1990. We have been married for almost 28 years now and have three daughters and four grandchildren together.

– Our wedding took place in London as it was easier to coordinate with all the guests and all, especially bearing in mind that we had lots of family in London. After that I moved to Argir in the Faroe Islands, Stella explains in an interview with Local.fo.

When Stella first came to the Faroe Islands she was mind blown.

– I liked everything about the islands when I first came there in 1989, especially the nature. I remember when I drove from the airport and took the ferry from Vágar to Vestmanna…I was absolutely mindblown by the nature. But I love the country even more now and as strange as it sounds, I also love the weather in the Faroe Islands. I am totally integrated and I do not look at myself as a foreigner, says Stella.

She adds that there were a couple of things that she found peculiar the first couple of months in the Faroe Islands.

– You know, I came from a big city, and it was so, so quiet in Argir. That was a bit strange. But now all I want is total peace. And also, there were not so many dark skinned people in the Faroe Islands back then and people were looking at me. But okay, Petur had warned me beforehand, so it was okay.

Today, Stella runs a popular catering service in Tórshavn, as mentioned above. Furthermore, she also supports those in need. She explains that part of the money from the sales of her paintings goes to those in need in various countries, especially Kenya, Sri Lanka and the Faroe Islands.

– I have always been interested in Arts and creativity but my real passion for art started about 5 years ago when the kids were grown up and I had more time for myself. My paintings are usually of love, hope, peace and comfort because I believe that whoever buys my paintings should feel uplifted and encouraged, says Stella

– Although i have my signature art style which are grey paintings with a touch of red, I do paint various styles, all depending on my mood and season. Part of the money from the sales of my paintings goes to help the needy – especially in Kenya, Sri Lanka and the Faroe Islands, Stella explains to Local.fo.

Previous articleHotels, hostels and… boatbeds?
Next articleAksel is just so hot – but May is even hotter and the hottest of them all is Trudeau