HomePolitics"Spanish government can learn lessons from Danish attitude towards the Faroe Islands,"...
Politics 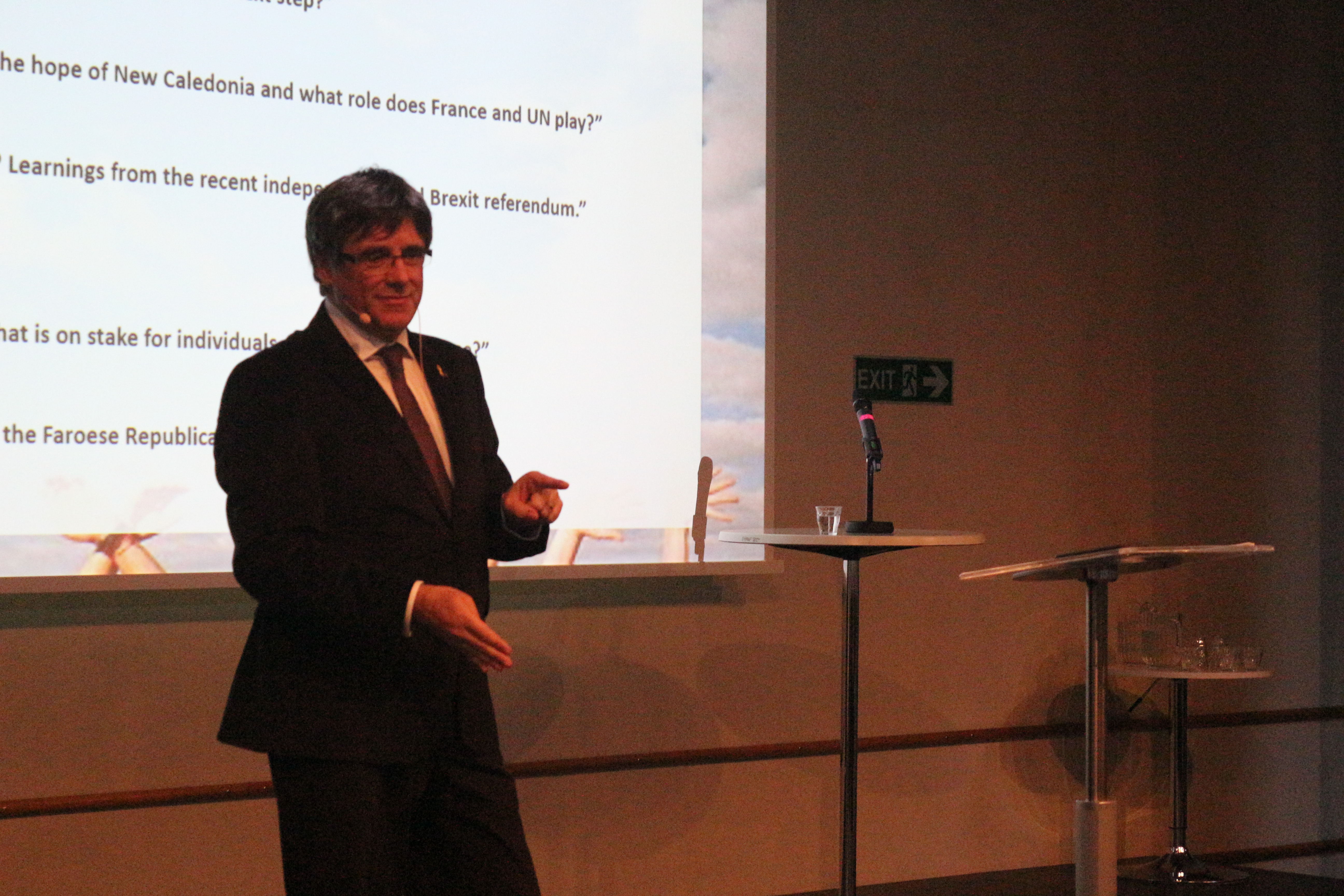 Catalonia’s ex-leader Carles Puigdemont today praised the Danish government for the way in which it is dealing with the political situation concerning the Faroe Islands.

The Catalan spoke at a conference on sovereignty in Tórshavn this afternoon and implied to Local.fo afterwards that he feels that the Spanish government can learn a lesson or two from “the respectful Danish attitude” towards the Faroe Islands.

He pointed out that the Danish way of handling the whole issue of Faroese independence is the only way to solve problems.

To this Mr. Puigdemont replied: “Sure, but the ones who can learn much more than the Catalans is the Spanish government from the Danish attitude; to understand, to have dialogue and to respect – and maybe even if that takes time, it is the only way to solve problems,” the former Catalan president stated.

The prominent Catalan, who currently lives in exile in Brussels, also told Local.fo that he is proud of the Catalan response to the Spanish government‘s clampdown on the independence referendum.

“I am very proud and very happy for the Catalan response because the people are there. People are participating and are still mobilizing for our right to be independent. I am very proud to be part of that society,” Mr. Puigdemont noted, adding that he is however “very disappointed because of the lack of answer from the Spanish authorities.”

He gave the Spanish government a real earful for the way it handled the political situation in the wake of the independence referendum.

“The only answer we received,” he continued, “is oppression. (The Spanish authorities) Put people in jail, persecuted us as rebels, threatened to condemn us to more than 20 years in jail, nearly 30 years in jail. And of course I am very disappointed because of the silence of the European nations concerning the violation of fundamental rights,” Mr. Puigdemont pointed out.

Local.fo finally asked the former Catalan leader what it is like to live in exile.

The Catalan admitted that it is not easy to be a politician in exile, but appeared to point out that he is still one of the most influential politicians in Catalonia.

“I am in touch every week, several times a week with my government,” he told Local.fo, adding: “I am a member of the Catalan parliament, and I am the head of the biggest pro-independence party in the parliament, so we continue to do politics. It is not easy to do politics from exile, also for personal reasons. My family lives in Catalonia. But I continue fighting. I am very committed to our struggle, for not only to be independent but to live in a real, real democratic society,” Mr. Puigdemont concluded.