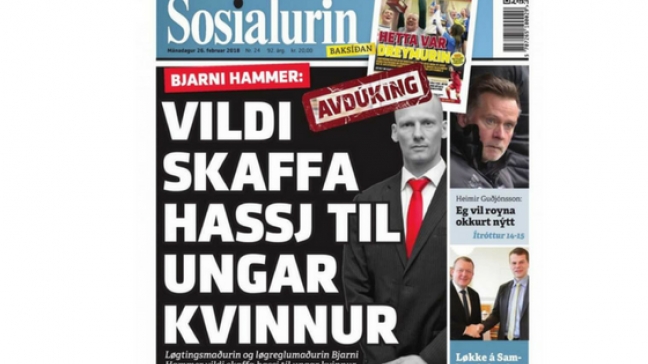 However, the State Prosecutor has now decided to end the investigation into Mr. Hammer, concluding that ”there is no reason to assume that Mr. Hammer has committed a criminal offense”.

In.fo writes that the head of the police in the Faroe Islands has not yet decided whether there are grounds to commence a disciplinary hearing against the Social Democratic parliament member.

Meanwhile, Faroese PM Aksel V. Johannesen has said that it is now up to Mr. Hammer to decide when he wants to end his leave of absence and return to work, reports Kvf.fo today.

Sosialurin – which historically has been a left-wing newspaper – revealed last month that it had known about Mr. Hammer’s alleged drug dealing for some time but that it chose to notify the police instead of publishing the story. The newspaper did not publish the story until after VP – a right wing media outlet – broke the news that a member of the Faroese parliament had been questioned by the police over drug dealing.