Shiny happy Danes not as shiny happy anymore – while living in the Faroes is, in fact, “excellent” 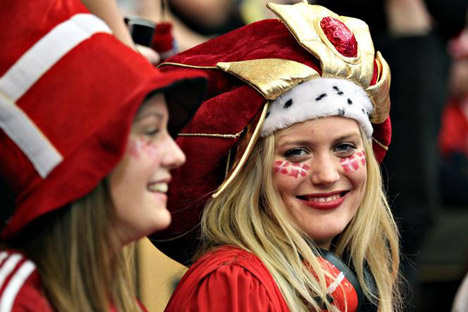 Iceland, Switzerland, the Netherlands, Canada, New Zealand, Sweden and Australia round out the top ten.

The 2018 edition of the World Happiness Report, released annually since 2012 by the Sustainable Development Solutions Network (SDSN), was released on Wednesday afternoon.

Having come top of the pile in both 2013 and 2016, Denmark is now back to third on the social happiness ranking, where it also found itself in 2015.

The Local writes that the list is calculated using measures for factors like levels of caring, freedom to make life decisions, generosity, good governance, honesty, health and income.

A total of 156 countries took part in the survey, which is is compiled using Gallup polls asking people to evaluate various aspects of their lives on a scale from 0 to 10.

It is unclear whether the Faroe Islands – an autonomous country within the Kingdom of Denmark – took part in the survey.

However, a recent study shows that living in the Faroe Islands is, in fact, “excellent”, writes faroeislands.fo.

The research is based on the OECD Better Life Index, which measures 11 indicators for well-being such as housing, work-life balance and involvement in democracy, 10 of which are applicable to the Faroe Islands.

According to faroeislands.fo, the Faroe Islands score 10 points, the highest number possible, for life satisfaction, and earn over nine points in safety, democratic engagement, environment and jobs.

On average, the Faroe Islands score 8.6 points on the index. Norway, which was named the happiest nation in the world by the UN in a separate study, scored 8.0, whilst Denmark and Iceland had 7.9 and 7.6 points.

The study was conducted by the Faroese Institute for Public Health last year.