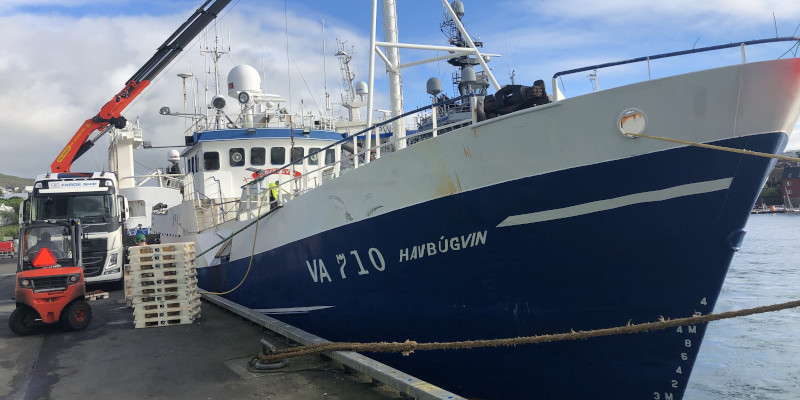 Normally, Havbúgvin sails with 14-15 crew members, but on its last journey, the long liner sailed with only 13 crew members, nine of which were deckhands. Only four among the crew were grown men, and the rest were youths, some as young as 15 or 16.

The older crew members are happy to welcome members of the younger generation aboard, and they are happy to see young people with an interest in line fishing, they say.

The vessel is meant to leave again on Monday.

Havbúgvin, which has its home port in Sandavágur, was built in Norway in 1959.