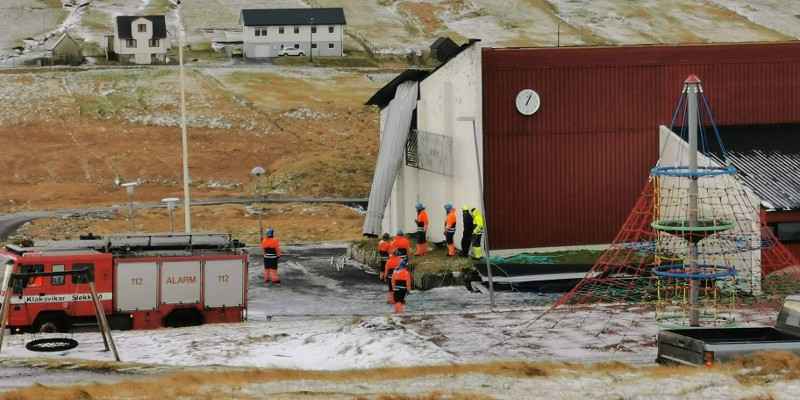 The foul, stormy weather, which has been raging in the Faroe Islands for the past couple of weeks, has not only affected the public transport and air traffic but also damaged a number of buildings.

Wednesday morning the Faroese police received several reports of damage. Among them were reports of damaged boardings and roofs in Nólsoy, Gjógv, Tórshavn, Klaksvík, Trongisvágur and Hvalvík.

The police also got a call about a hay barn in Vágur, which had been blown away by the wind, and the roof of the gymnasium in Viðareiði also suffered significant damages.

Tórshavn Municipality: Will cost about 3,5 million to fix weather damages