HomeSportsSeagulls flock to Iceland as Eric Cantona appears to Tólfan and Icelandic...
Sports 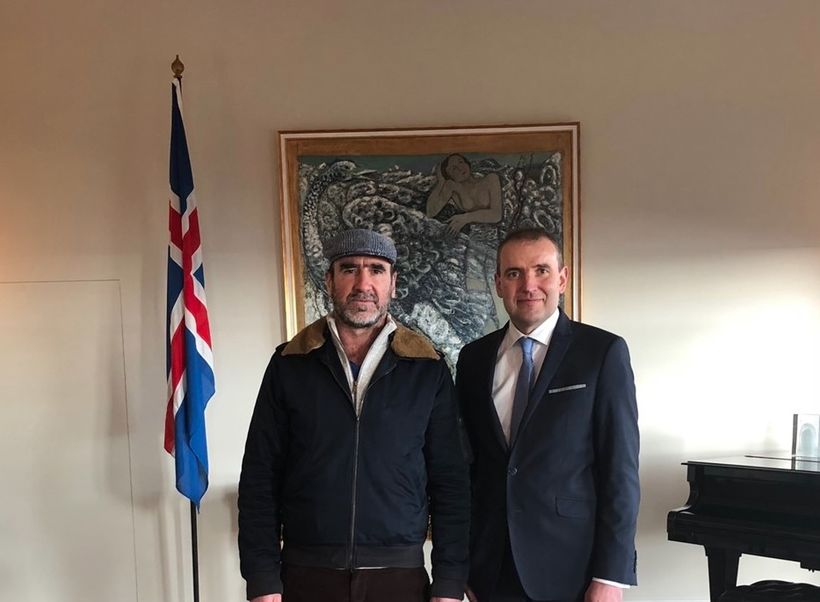 Faroese Manchester United fans have every right to be jealous of their Icelandic counterparts who have been treated to the visit of a football royalty this weekend.

Eric Cantona, one of the finest and most combustible footballers in Manchester United‘s history, has namely visited Iceland over the weekend as he is making a pre-2018 FIFA World Cup programme on behalf of Eurosport on some of the smaller nations that have booked their place for the World Cup – Iceland included, obviously.

Visir.is writes that the former Manchester United football star has been in Iceland on a quest to figure out how the Icelandic national team has become so successful over the past few years.

On his way around the country he has spoken to several people who are related to Icelandic football, including members of Tólfan, the fan club for the Icelandic national team in football, whom he spoke to on Friday at the Ölver sports bar in Reykjavik.

Cantona also paid a visit to Guðni Th. Jóhannesson, the President of Iceland, and spoke to him about sports in Iceland and the remarkable performances of Icelanders internationally, not least in football, reports mbl.is.

Iceland sealed their place in Russia with a 2-0 victory over Kosovo last year, becoming the smallest nation ever to qualify for the World Cup finals.

Iceland will face Argentina, Croatia and Nigeria in Group D at the 2018 World Cup in Russia.

As for Eric Cantona and his Eurosport-programme, he will also explore the success stories of Peru and Senegal, writes visir.is.

Previous articleKÍ maintain perfect start to campaign thanks to Bjartalíð’s lone goal against NSÍ
Next articleOpinion: If we lose our foods we lose who we are