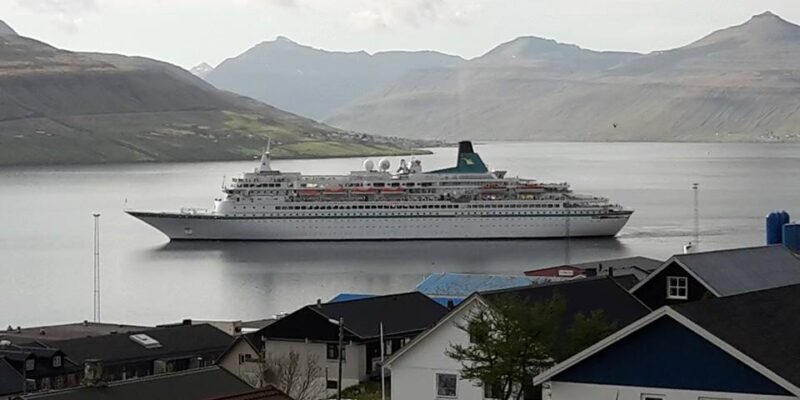 The organization writes on its webpage that it “is calling on cruise companies visiting the Faroe Islands to show their opposition to the hunting of hundreds of pilot whales and dolphins each year by removing the Faroe Islands from their future cruise ship itineraries.”

What is more, Sea Shepherd crew are currently on the Faroe Islands engaging with tourists (including those arriving on the islands by cruise ship). The organization explains on its webpage that the crew members are…”educating them (the tourists) about this barbaric activity and encouraging them to limit their spending on the islands in silent protest of the hunts.”